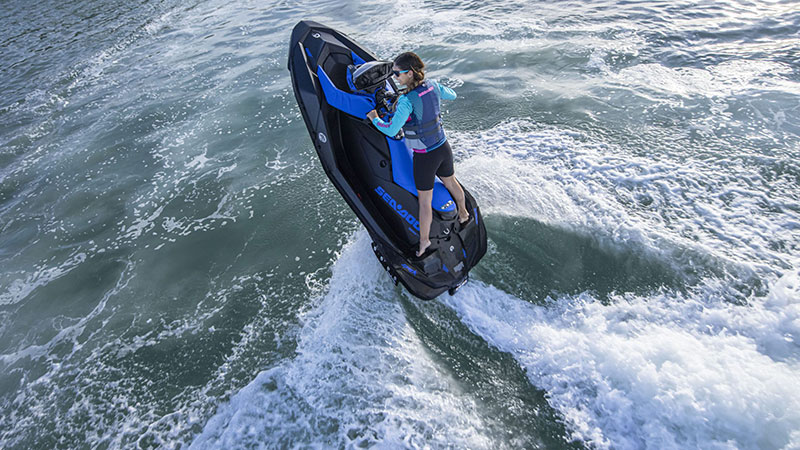 Some models carry over with the same colour and trim as before, others gain new colours and/or new technology, and there is also the arrival of two new Sea-Doo Fish Pro models to bring the sport fishing Jet Ski range to three. 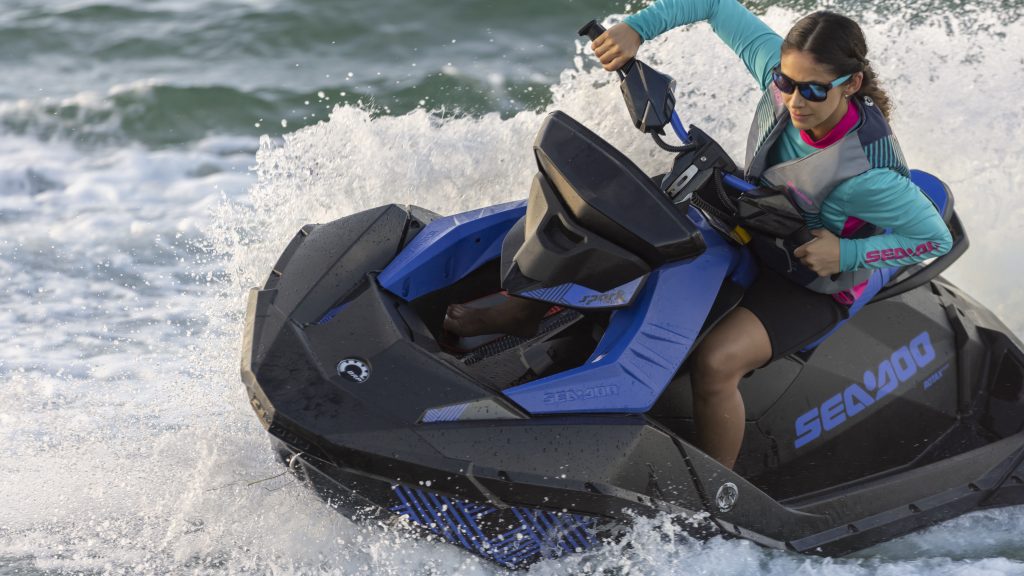 The cheapest Jet Ski or personal watercraft on sale in Australia, the Sea-Doo Spark, has risen in price from $7999 to $8769 for 2022 (not including trailer and registration), an increase of almost 10 per cent even though there have been no changes to the model beyond colours.

The 2022 Sea-Doo Spark Trixx two- and three-seater ranges have also received price rises of between $1000 and $1200 (to $12,069 to $13,669) even though there are only colour changes to these models – and there is only one year remaining before the Sea-Doo Spark series is due for a complete model refresh for 2023. 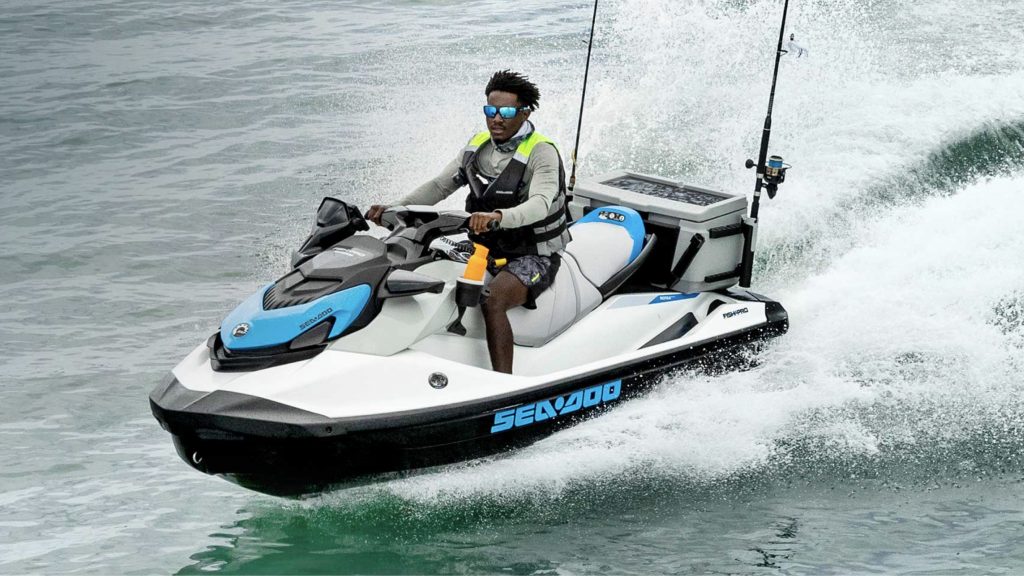 However, the 2022 Sea-Doo Fish Pro Scout comes with a 60-litre fuel tank – rather than the 70-litre bladder of its bigger brothers – and the 1630cc three-cylinder engine is tuned for 130 horsepower rather than 170 horsepower. 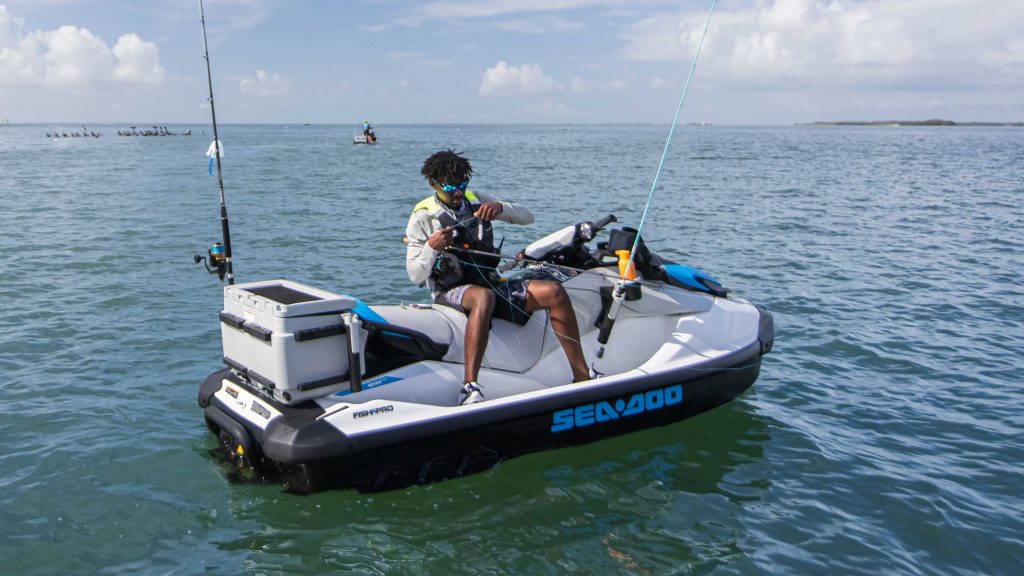 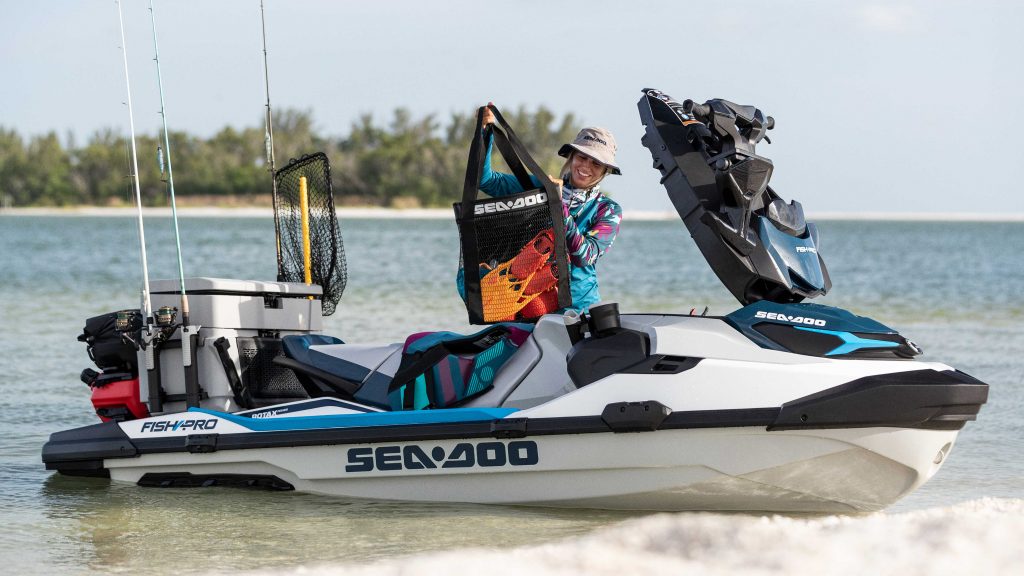 Nevertheless, the Sea-Doo Fish Pro Scout has helped fill a price gap after the original Sea-Doo Fish Pro model – now called Fish Pro Sport (pictured above) – climbed in price by $2010 across all variants, to $22,709 to $24,309 (not including trailer and registration).

For 2022, Sea-Doo has also added a new flagship Fish Pro Trophy edition ($27,309 not including trailer and registration), which comes with a larger Garmin navigation screen, a more powerful transducer, a twin battery system, and the provision for a live bait well. 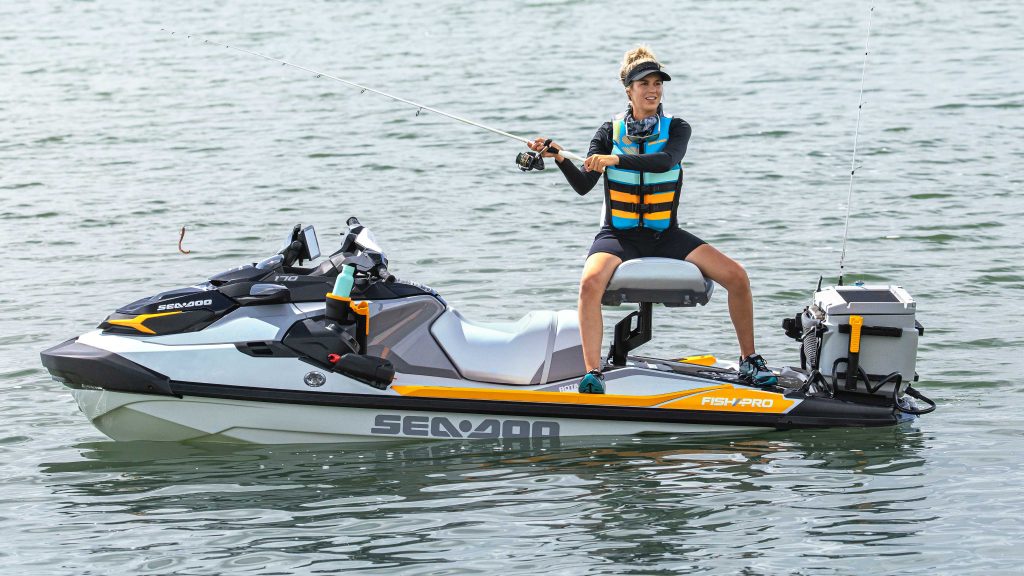 The 2022 Sea-Doo Trophy edition’s pop-up swivel chair (pictured above) and deck-mounted anchor and holster shown in the promotional material are optional in Australia. Prices for these accessories were yet to be released as this article was published.

A new accessory bracket released by Sea-Doo – which can be fitted to Fish Pro 170 models between the rear seat and the cooler box, to secure up to three Sea-Doo 15-litre fuel cans (rather than one) – costs in Australia $496 including GST, plus fitment (pictured below). 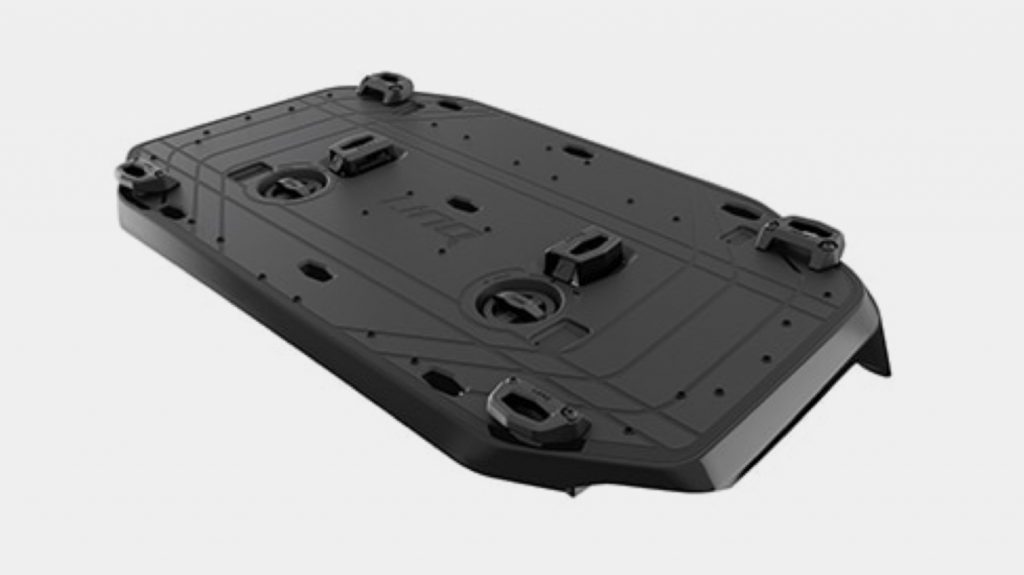 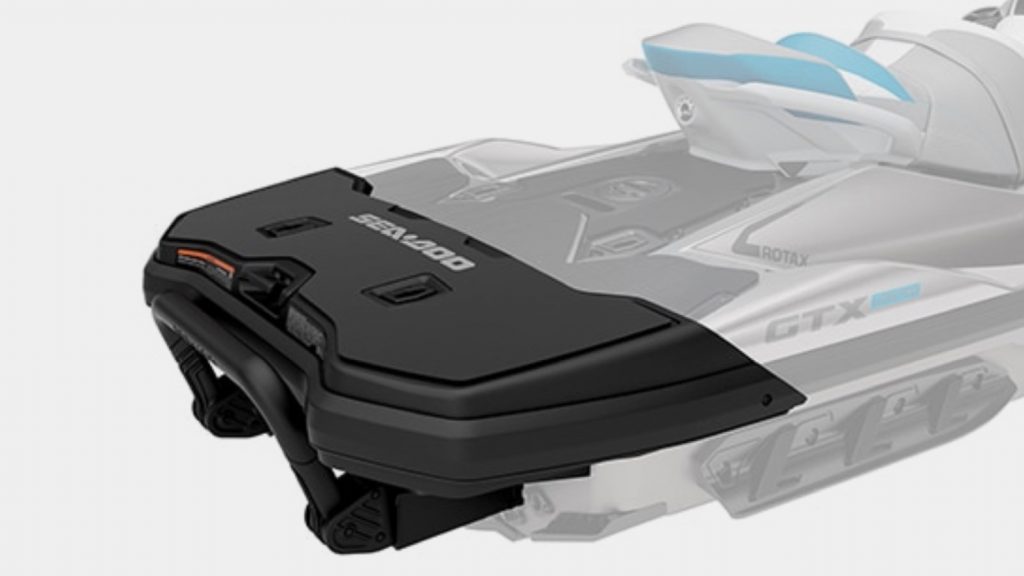 Sea-Doo now offers the Fish Pro’s deck extension (pictured above) as a standalone accessory for all ST3-based models such as the WakePro, GTX series and RXT-X. In Australia the cost is $746 including GST, plus fitment. 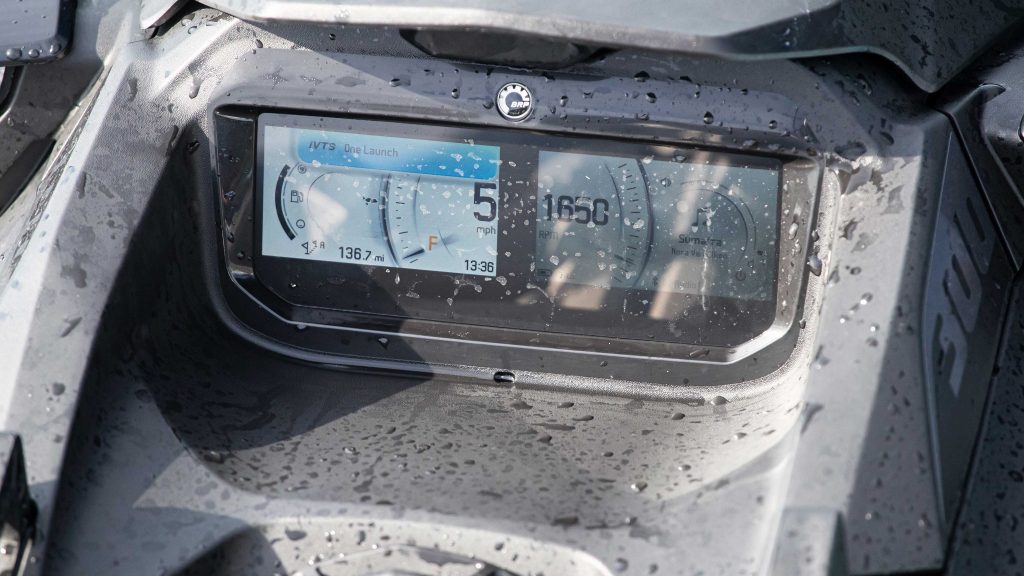 The two colour choices from 2021 – yellow and purple – have changed to yellow and triple black for 2022.

The colour changes and extra equipment coincide with substantial price rises of $2610 across each model, with triple black coming with a $300 paint premium, (see the complete price list at the bottom of this story). 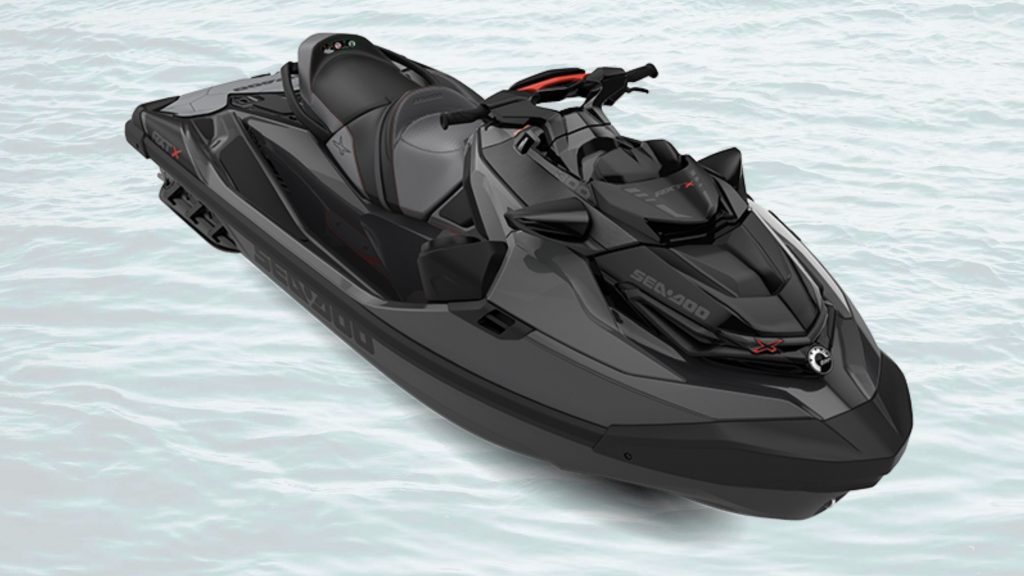 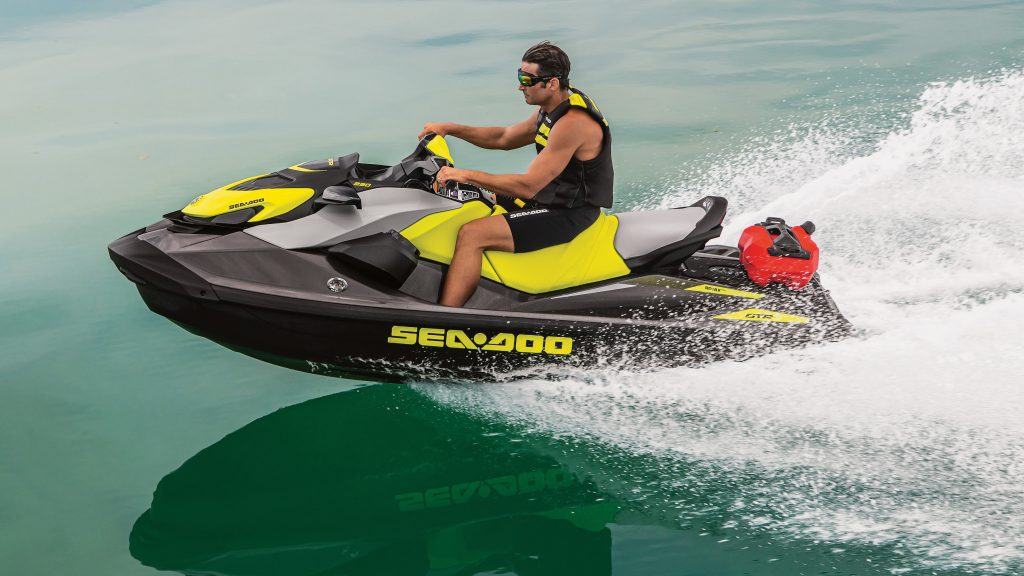 The 2022 Sea-Doo GTR230 (pictured above with optional speakers and fuel caddy) – the brand’s cheapest ticket into a supercharged performance model – has risen in price by $1600 to $20,409 (or $21,409 with speakers), even though it remains unchanged for the new year.

The luxury 2022 Sea-Doo GTX Limited 300 is now available with a choice of two colour schemes, and comes with a price increase of $2310 in its most expensive guise. 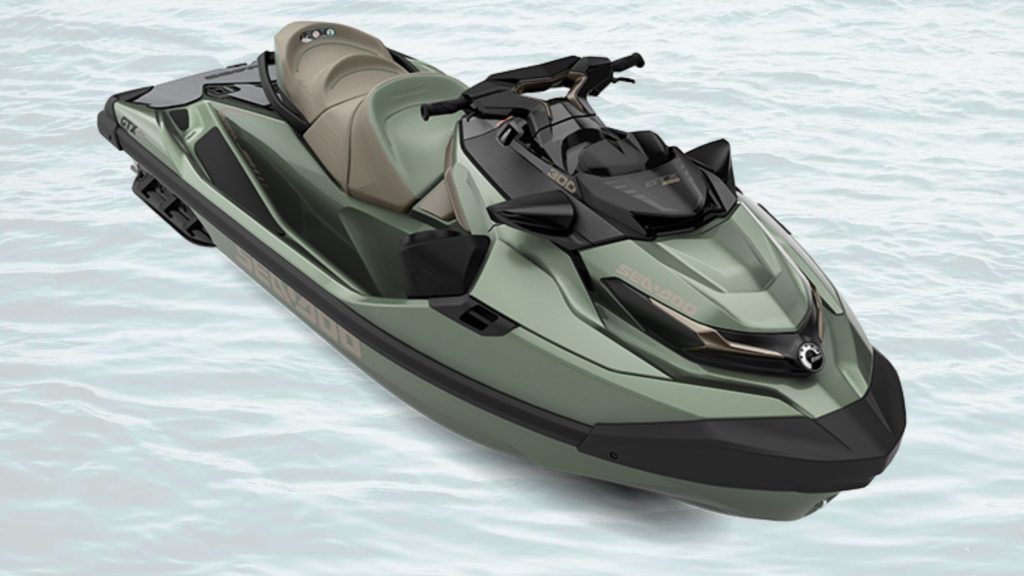 Priced from $29,909 (liquid titanium), $30,209 (metallic sage, pictured above) not including trailer and registation, the 2022 Sea-Doo GTX Limited 300 models are the most expensive Jet Skis or personal watercraft on sale in Australia as this article was published.

For prices of all 2022 Sea-Doo models, see the complete list below. All prices are inclusive of GST but exclude the cost of a trailer and registration, which typically adds between $2000 and $2500 depending on registration fees in each state and the type of trailer.

Prices were accurate when this article was published in August 2021 and are subject to change.