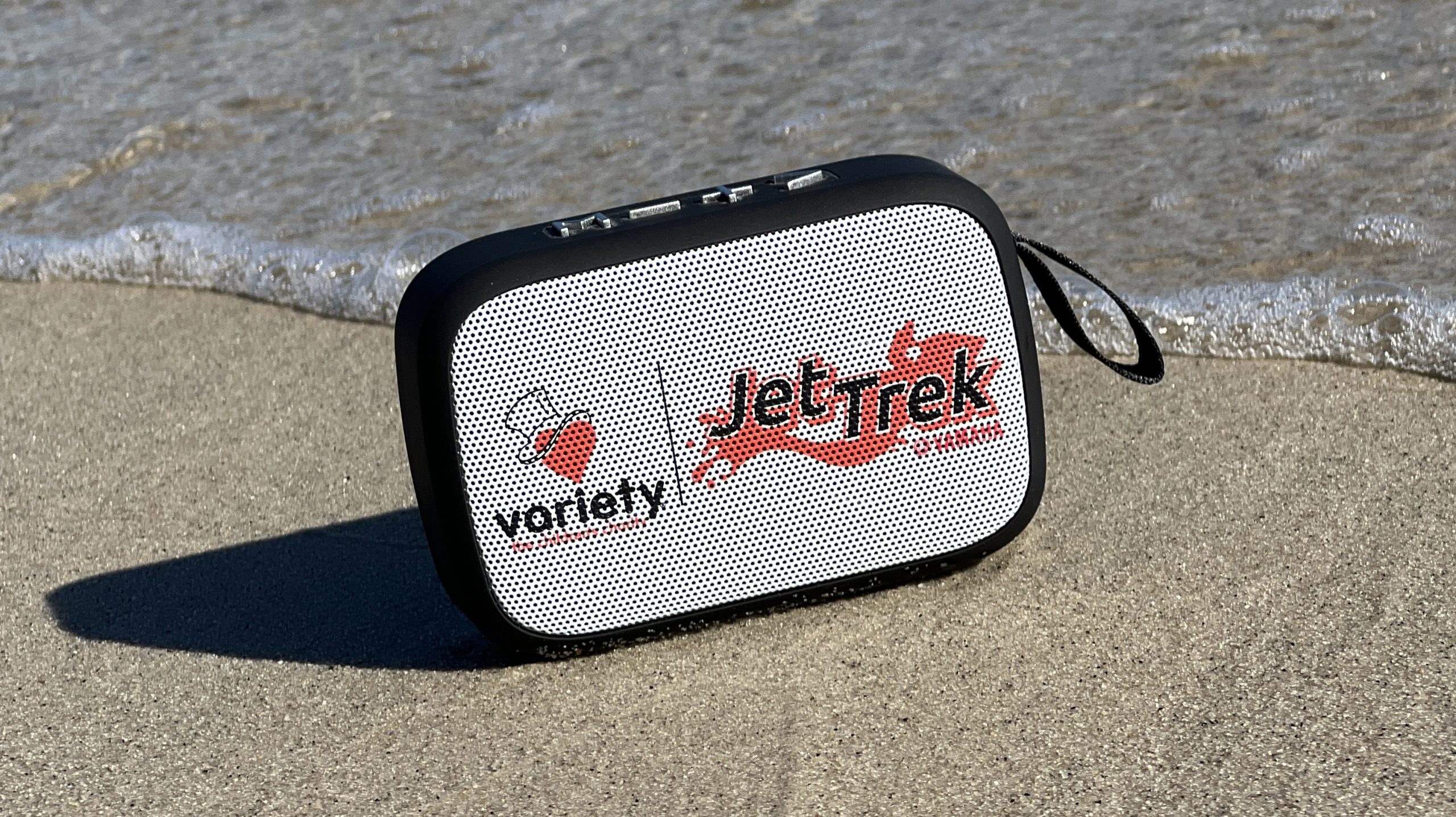 A total of $365,000 has been raised in the 2022 Yamaha Variety Jet Trek charity Jet Ski ride for disadvantaged kids.

This year, one participant alone raised more than $48,000 – a new record for an individual. 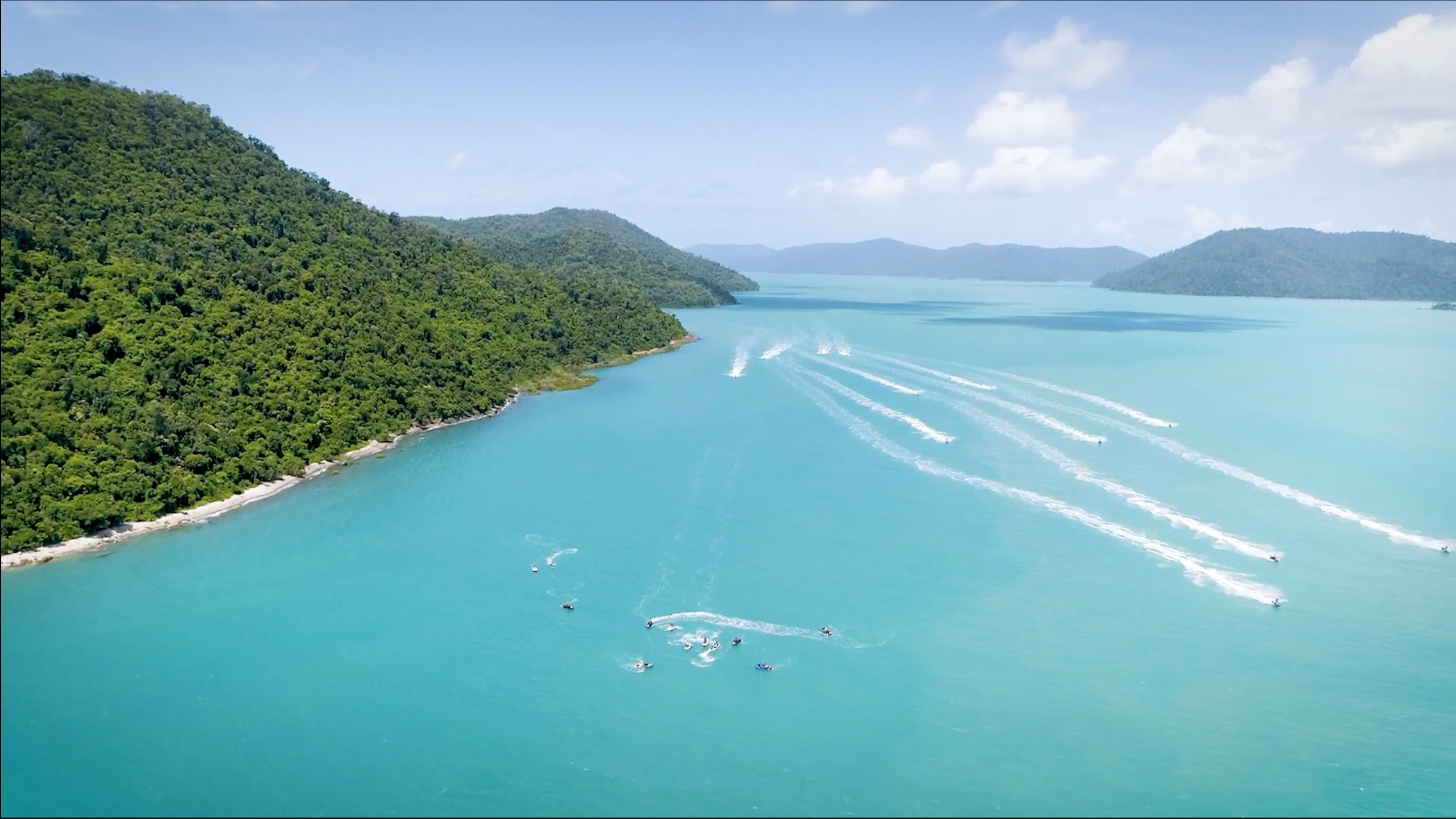 A total of 111 Jet Ski riders – the highest number of participants in the 24-year history of the event – took part in the annual week-long ocean adventure.

Although 115 entrants signed-up for the 2018 Variety Jet Trek from Sydney to Yamba, the number of starters fell short of the 2022 field.

This year, almost a quarter of entrants were new to the event. Although it is not a race, it is a test of endurance.

The March 2022 event ran from Mackay to Port Douglas in Far North Queensland, clocking up close to 900km of ocean riding over five days – the longest distance in the event’s history. It was Yamaha’s 17th year as title sponsor (since 2006), after Sea-Doo had naming rights in the formative years.

All brands of personal watercraft are welcome, although Yamaha dominates the field. 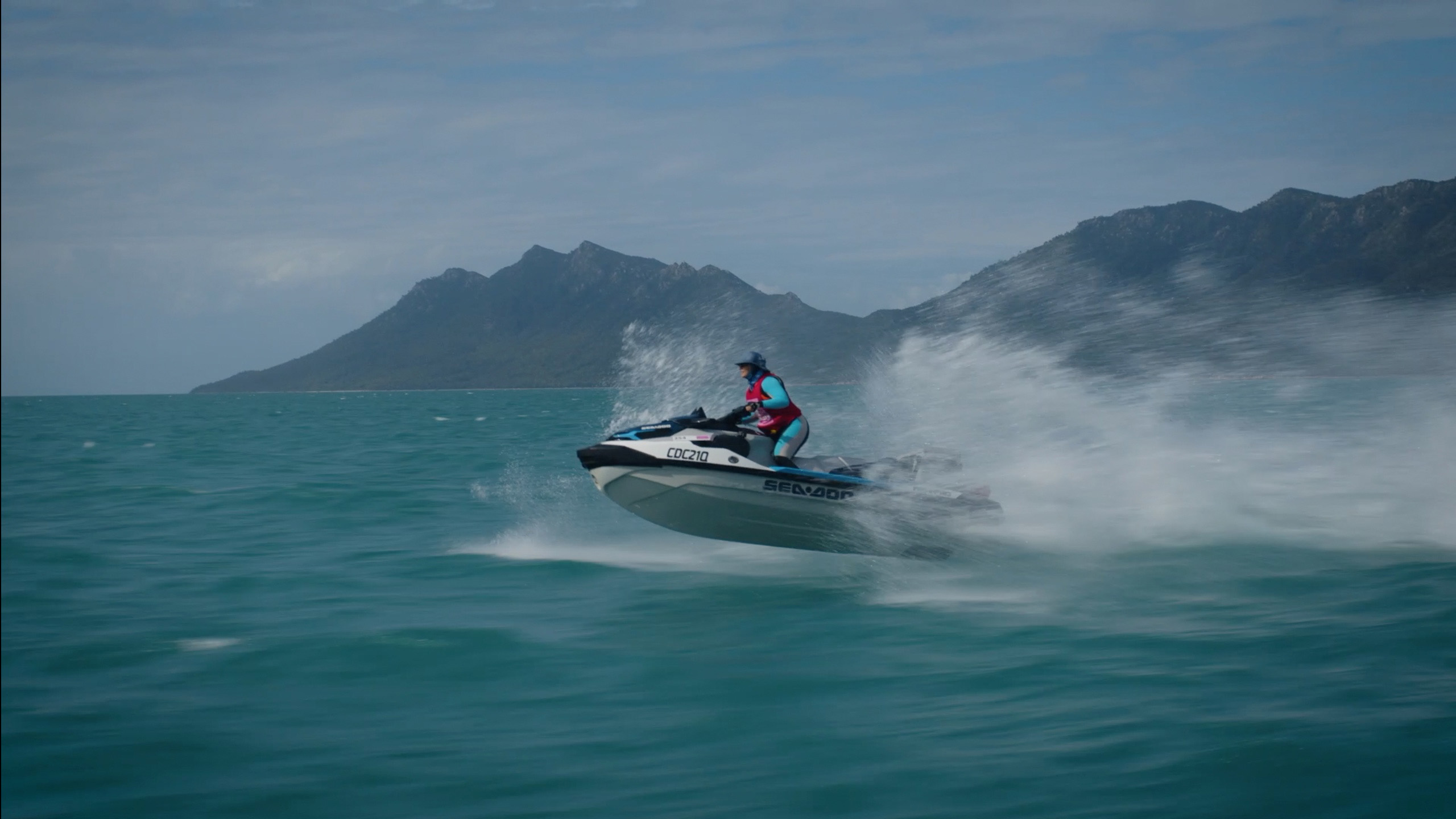 This year there were 68 Yamahas and 43 Sea-Doos – and for the first time in memory, no Kawasaki Jet Skis.

The ratio of Sea-Doo watercraft – 38 per cent of the field versus 62 per cent on Yamaha WaveRunners – represented the highest number of Sea-Doos on the event to date. Each participant in Yamaha Variety Jet Trek must raise a minimum of $2500 to be eligible for the event – as well as pay separate costs that fund the running of the week-long ocean ride. However, many riders raise significantly more than this amount. Queenslander Chris Wicks (pictured above) – a first-time participant – topped the fund-raising charts after collecting more than $48,000 in donations.

This year, leg one saw high winds and huge ocean swells on the run from Mackay to Bowen: covering 129km in the morning and 66km in the afternoon (though the final riding distances were higher as these estimates are point-to-point numbers). 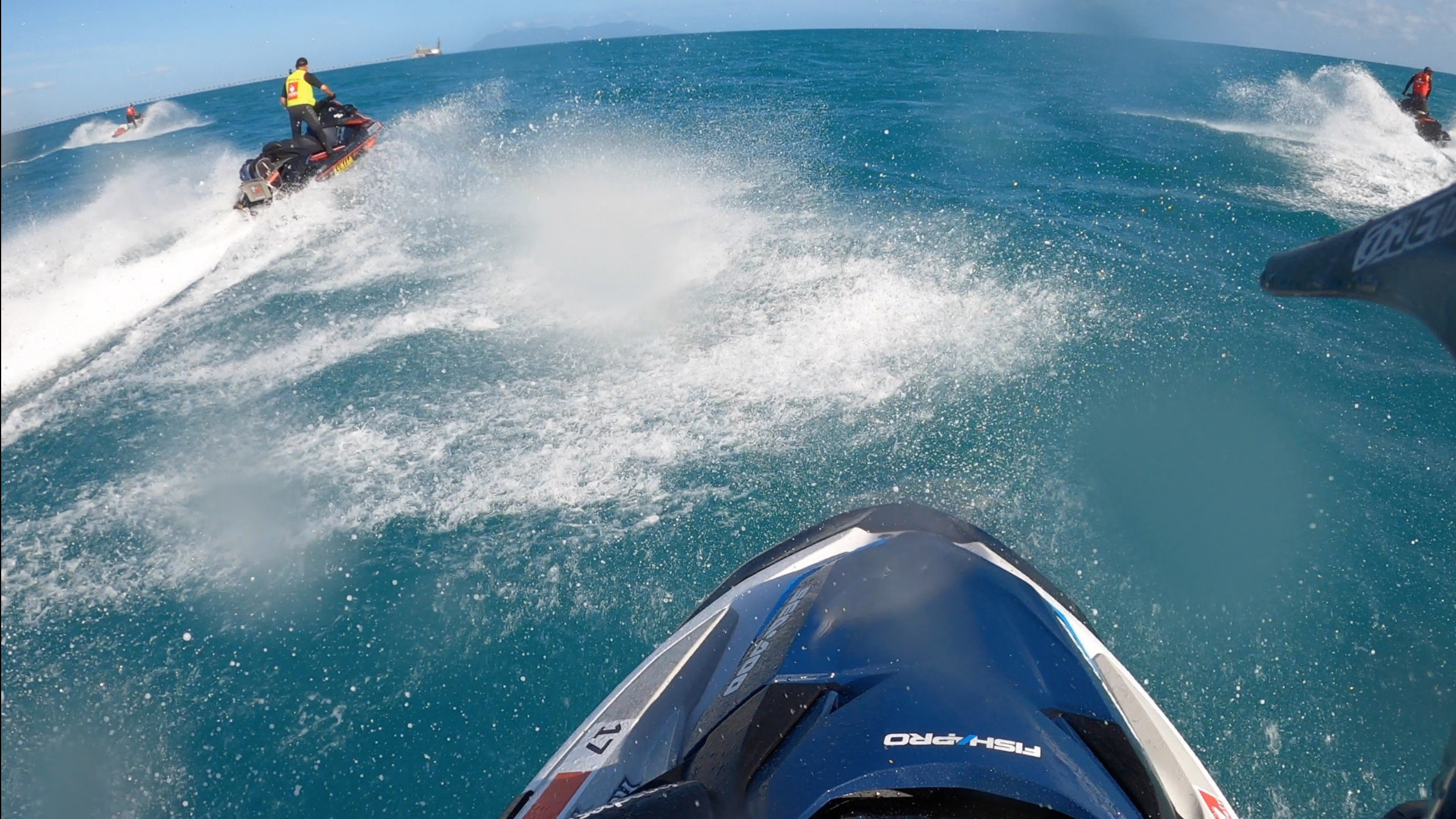 Although the photos don’t show it (because the cameras generally only come out in calmer waters), the conditions on day two were as severe as day one.

The run from Bowen to Townsville was the longest leg of this year’s event: 113km in the morning and 100km in the afternoon. Conditions were so tough, a number of fatigued riders reluctantly pulled their skis out of the water at the mid way point in the day.

The stop in Townsville was a well-earned rest day, with many riders recovering from minor bumps and blisters – but the pain quickly evaporated once they met some of the kids in need at the evening charity event. All participants were back on the water the next day on the run from Townsville to the picturesque Mission Beach.

Variety Jet Trek has visited Mission Beach many times before – most recently starting from the resort town in 2017. 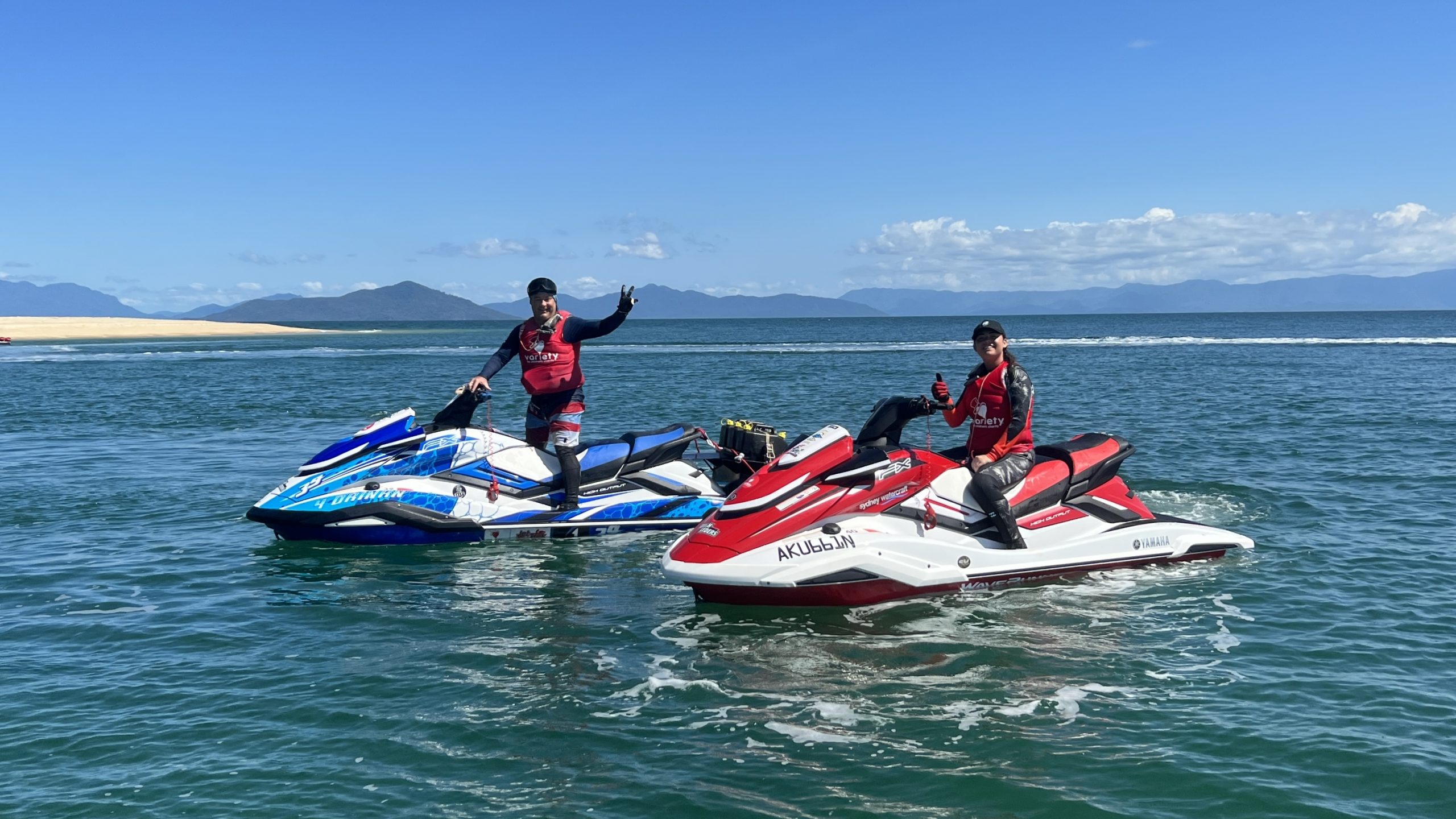 The start and finish points of Jet Trek change each year, but the event is primarily run along the east coast of Australia.

The weather began to improve on the run from Townsville to Mission Beach, which saw riders cover 105km in the morning and 85km in the afternoon. The milder conditions allowed time for tired arms and legs to recover.

The second last day of the 2022 Variety Jet Trek ran from Mission Beach to Cairns, with an easy 35km section in the morning backed up by a 116km stretch in the afternoon. 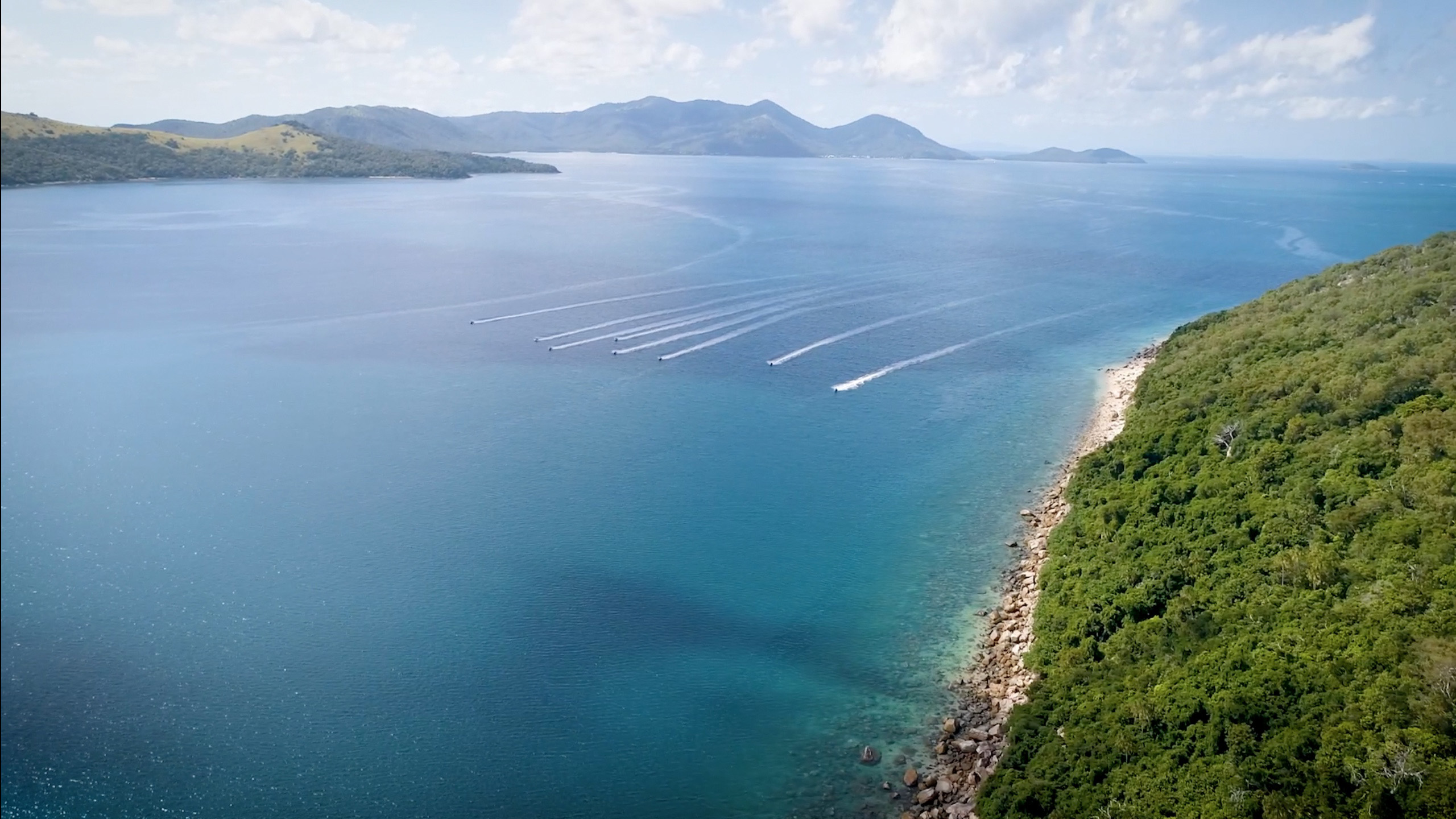 Weather and water conditions improved as the trip headed further north. Normally these waters are not so kind.

The final day’s run was a relatively short 70km hop from Cairns to the resort town Port Douglas. 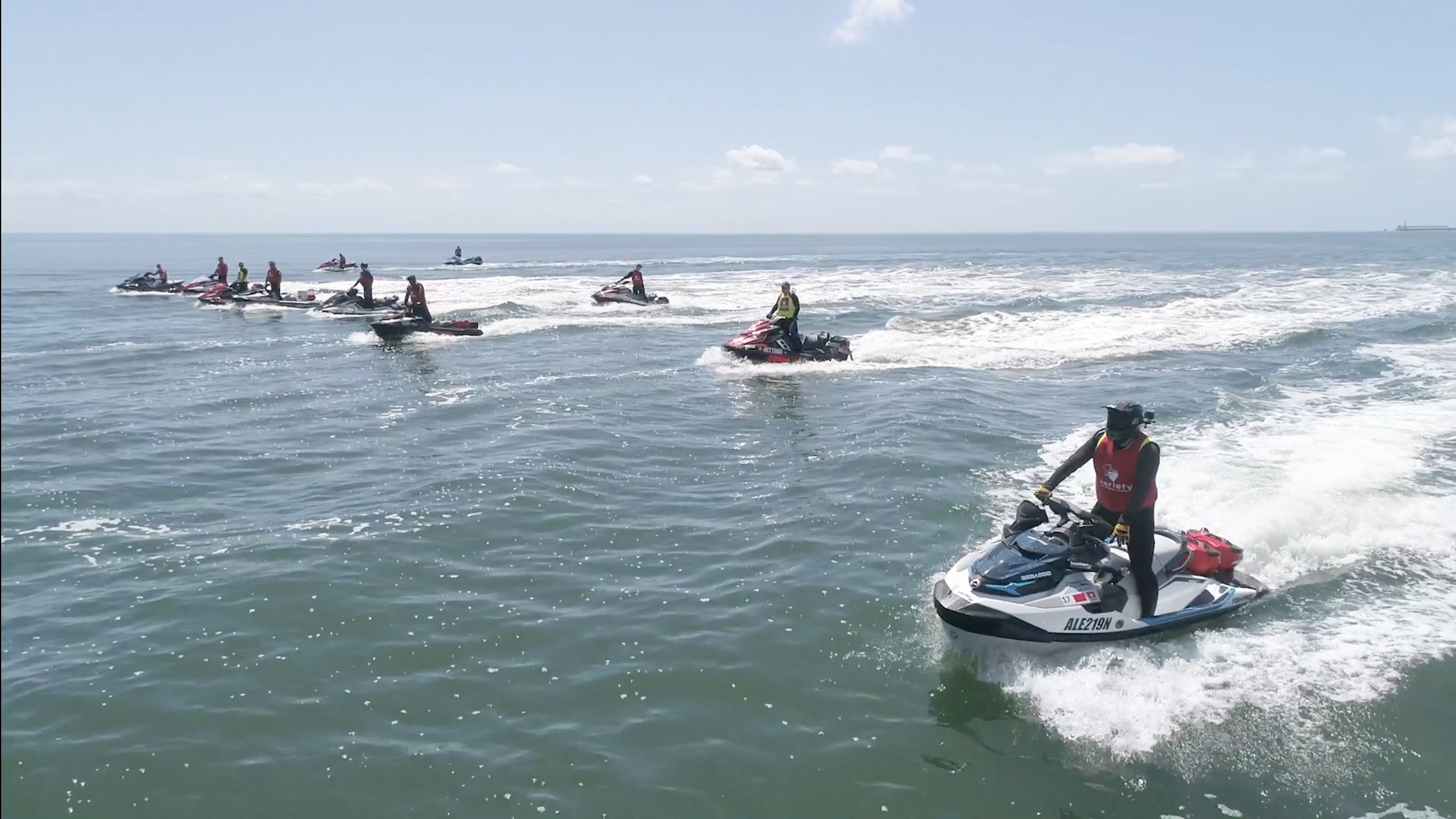 It was a stunning destination after a massive week of riding – and a stark contrast to the potential dangers in the water.

As inviting as the ocean may seem, swimming is not advised due to sharks, stingers, and crocodiles; there were multiple warning signs at every boat ramp. Suffice to say, there were plenty of incentives for riders to hang onto their Jet Skis, no matter how tired they became.

Fortunately, the only crocodile encounter was a floating toy used to prank riders while waiting to get off the water – and back onto the trailers behind the support vehicles that followed the journey by road. While 111 riders got to take in spectacular scenery along some of Australia’s most remote coastline, it took more than 150 road crew and volunteers to make the event run smoothly. 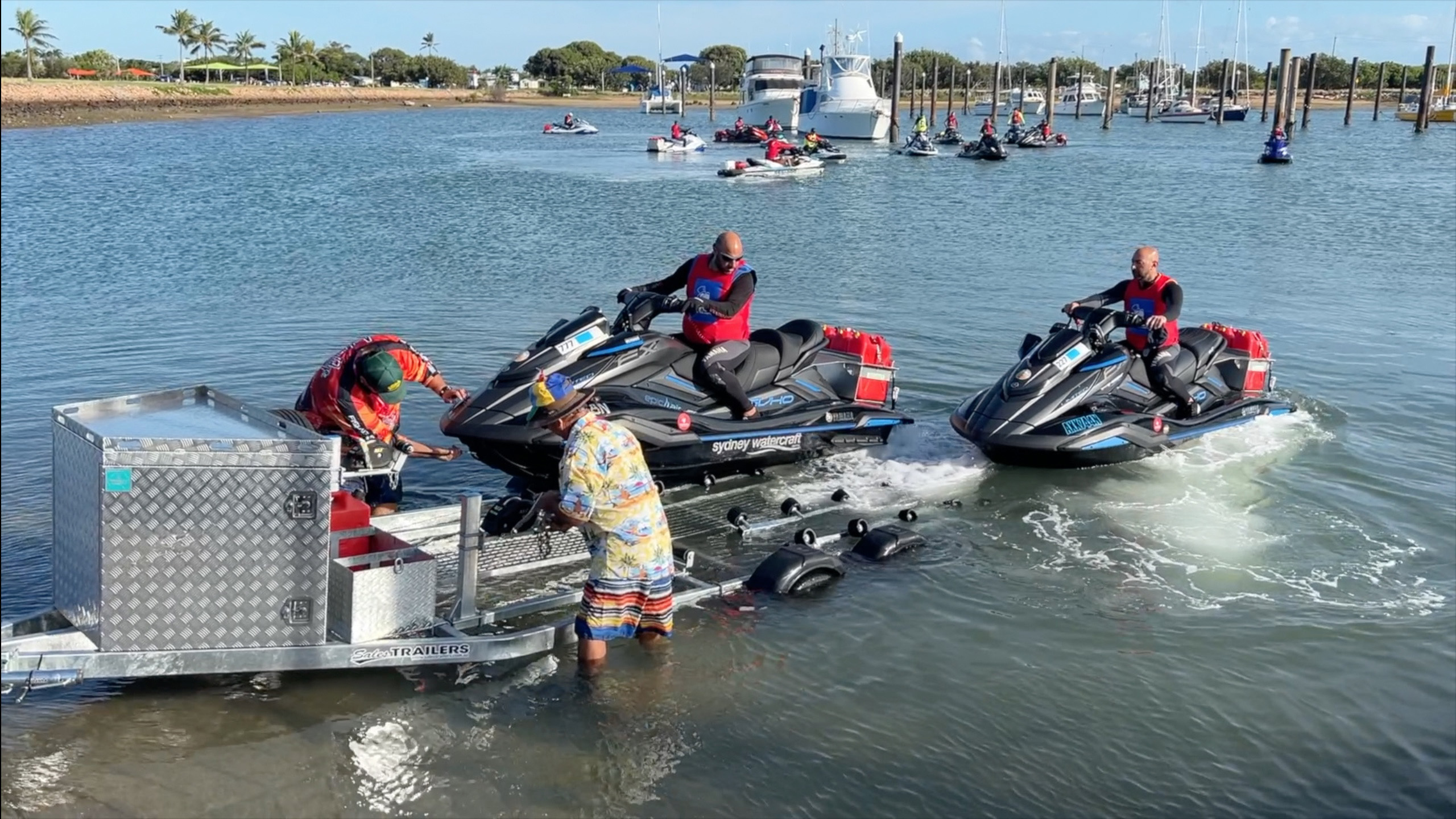 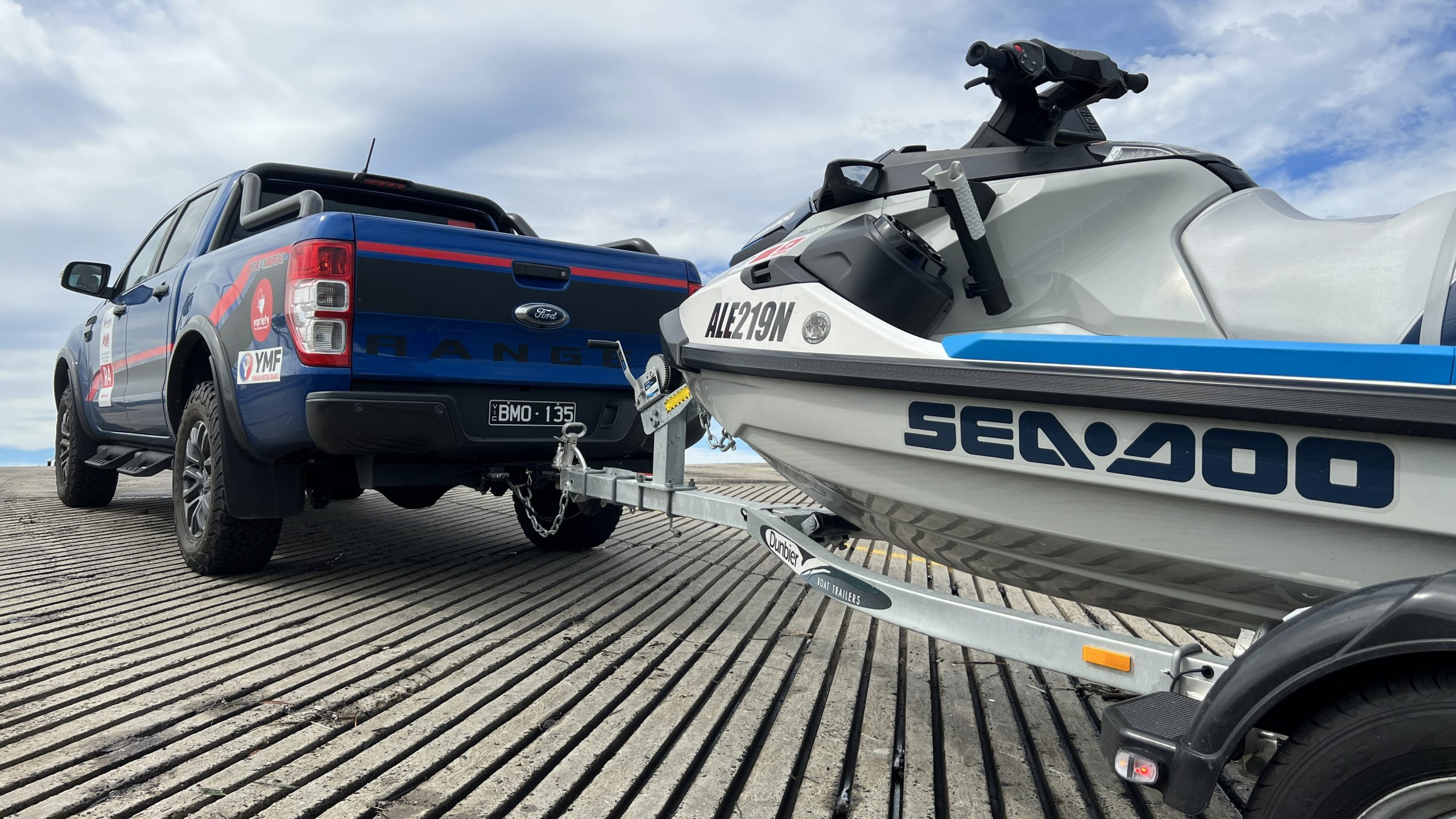 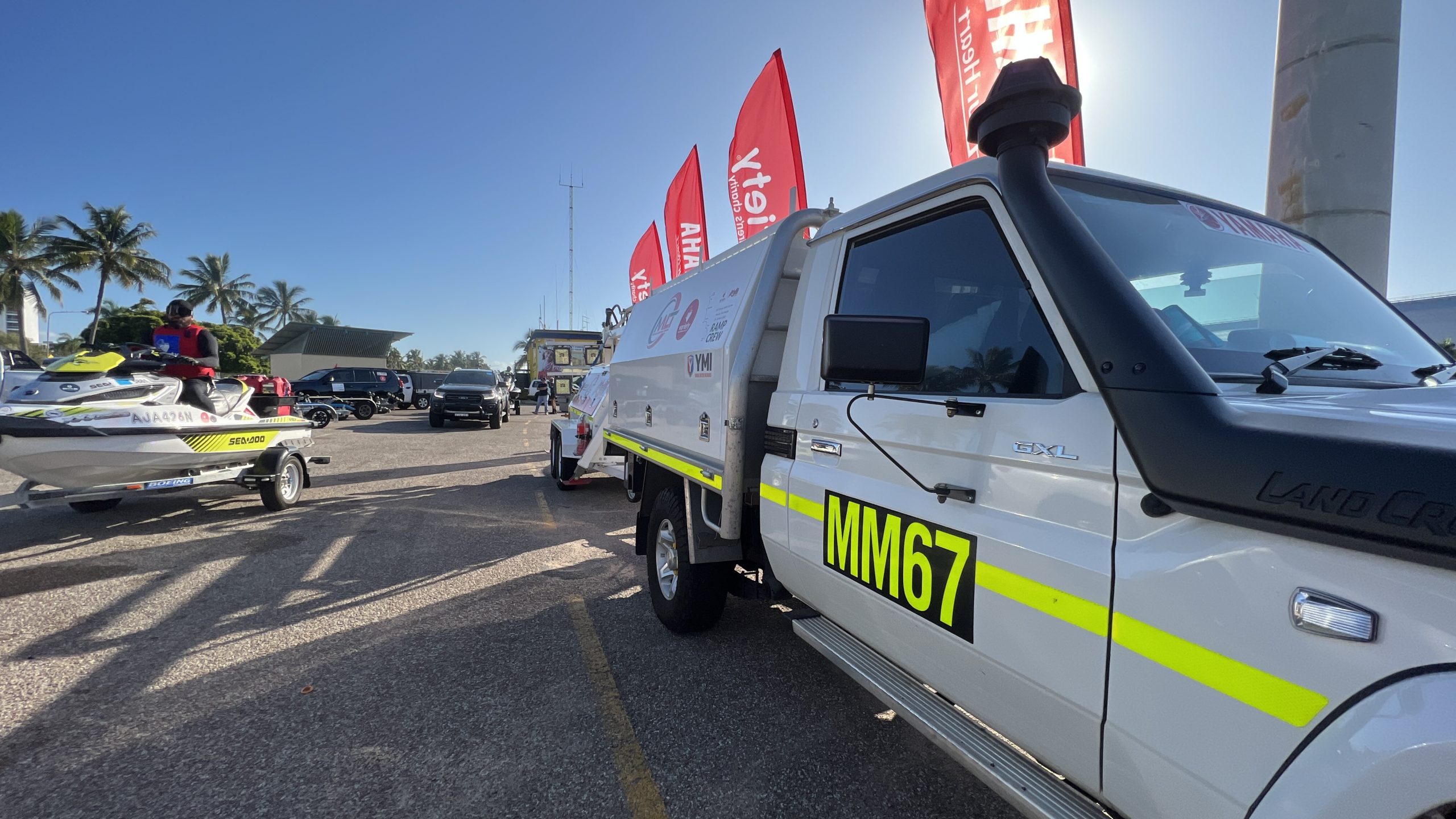