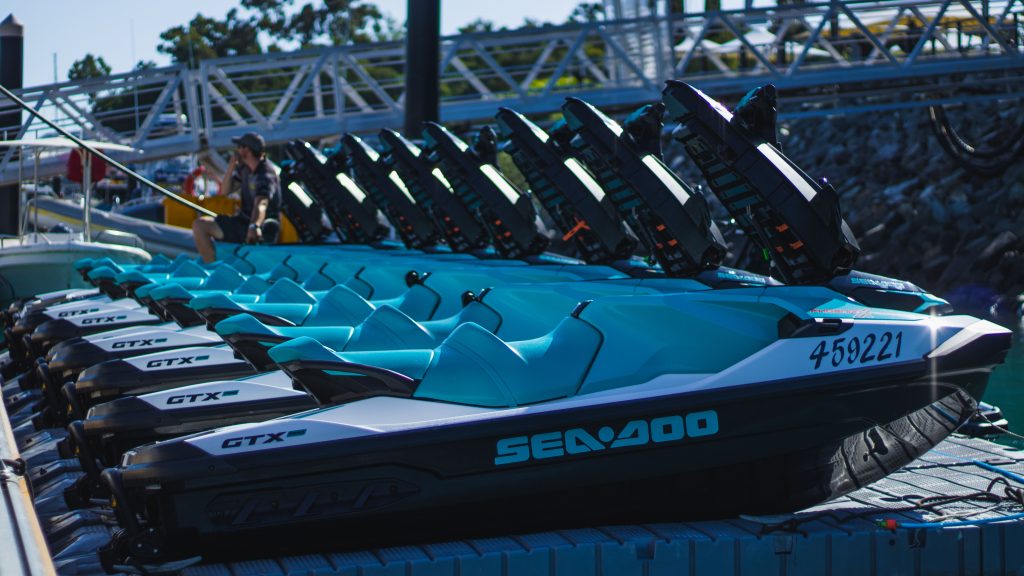 The 2021 Sea-Doo GTX Pro 130 professional-grade watercraft designed exclusively for the rental market – and not available for the public to buy – has made its debut with one of the largest Jet Ski tour operators in Australia.

Whitsunday Jet Ski Tours – based in Airlie Beach, half way between the northern most tip of Australia, and Brisbane, the capital of Queensland – has taken delivery of 14 examples of the 2021 Sea-Doo GTX Pro 130 and already put them to work.

The first batch of 2021 Sea-Doo GTX Pro 130 watercraft will join about a dozen Sea-Doo GTI Pro 130 models that were already in service. 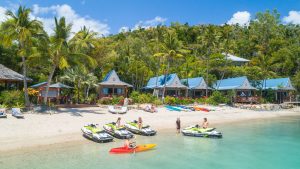 The two generations of Sea-Doo’s professional-grade rental watercraft will operate side by side until the earlier GTI series is gradually replaced.

As one of the biggest Jet Ski rental firms in Australia, Whitsunday Jet Ski Tours says it replaces between 15 and 20 watercraft each year.

The Sea-Doo watercraft operated by Whitsunday Jet Ski Tours clock up about 100 hours per month – which is the equivalent of a lifetime for many private buyers. 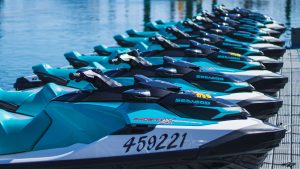 The watercraft are in use every day of the year, so Whitsunday Jet Ski Tours finds out quickly if there are any shortcomings.

Whitsunday Jet Ski Tours had previously dabbled with Yamaha and Kawasaki Jet Skis and personal watercraft, however the firm has been with Sea-Doo for the better part of a decade. 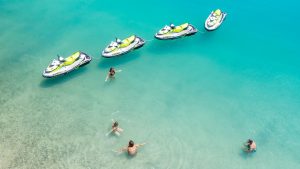 Whitsunday Jet Ski Tours says it does a major service on its watercraft every 300 hours – including the fitment of new engine mounts – to ensure the driveshaft angle remains true and doesn’t cause excessive wear to the carbon seal.

The 2021 Sea-Doo GTX Pro 130 is based on the current-generation ST3 hull and deck – which forms the basis of the Sea-Doo Fish Pro and Sea-Doo RXT-X300, among other models – but is fitted with heavy duty hardware to handle the daily grind.

Upgrades hidden from view include a heavy duty wear ring and driveshaft (the same fitted to Sea-Doo’s supercharged models), a heavy duty electrical harness with thicker wiring and silver plated terminals in the fuse box to better handle heat, moisture, and vibration, and a protective sleeve on the exhaust temperature sensor wiring. 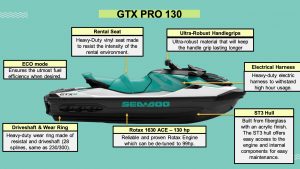 There is no adjustable trim setting for this model, and a reverse trigger is optional. 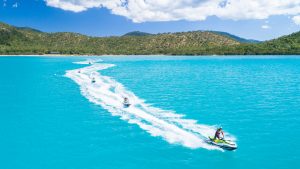 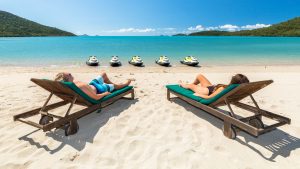