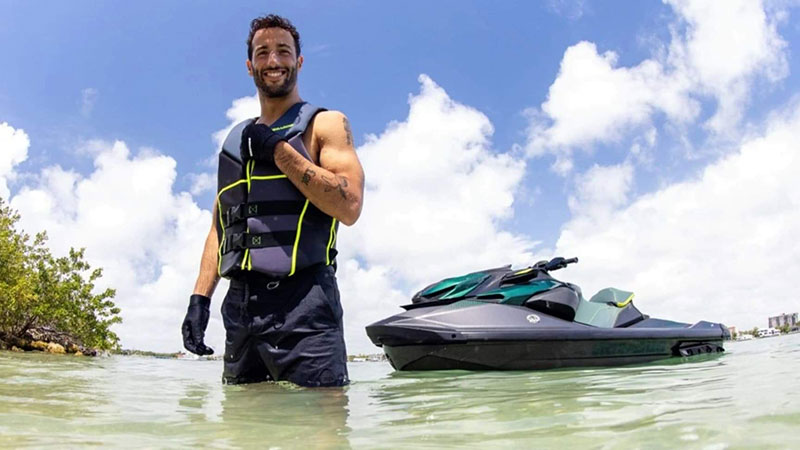 Did Australian Formula One driver Daniel Ricciardo just unveil the 2023 Sea-Doo RXP-X300, an upcoming limited edition, or a one-off model for the race ace?

Ricciardo has appeared in a Sea-Doo promotional video ahead of this weekend’s 2022 Miami Formula One Grand Prix – and it’s no ordinary ski. 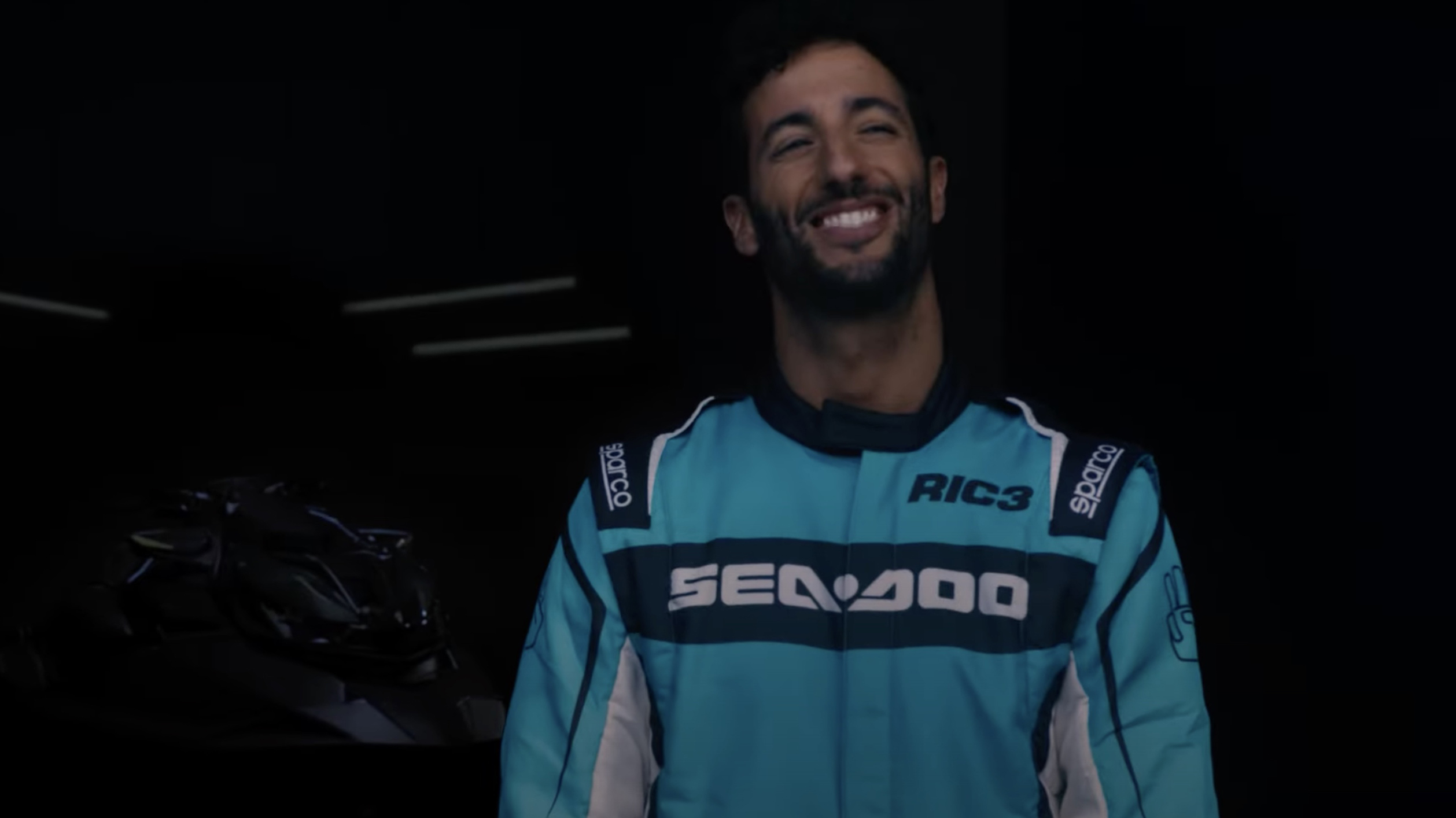 The video reveals a barefoot Ricciardo in a Sea-Doo race suit, before he checks out the new ski and hits the water.

Ricciardo rides a blacked-out Sea-Doo RXP-X300 with a carbon-fibre finish and embossed Sea-Doo lettering on the hood, yellow highlights on the side mirrors and handlebar padding, and a new floor mat design. 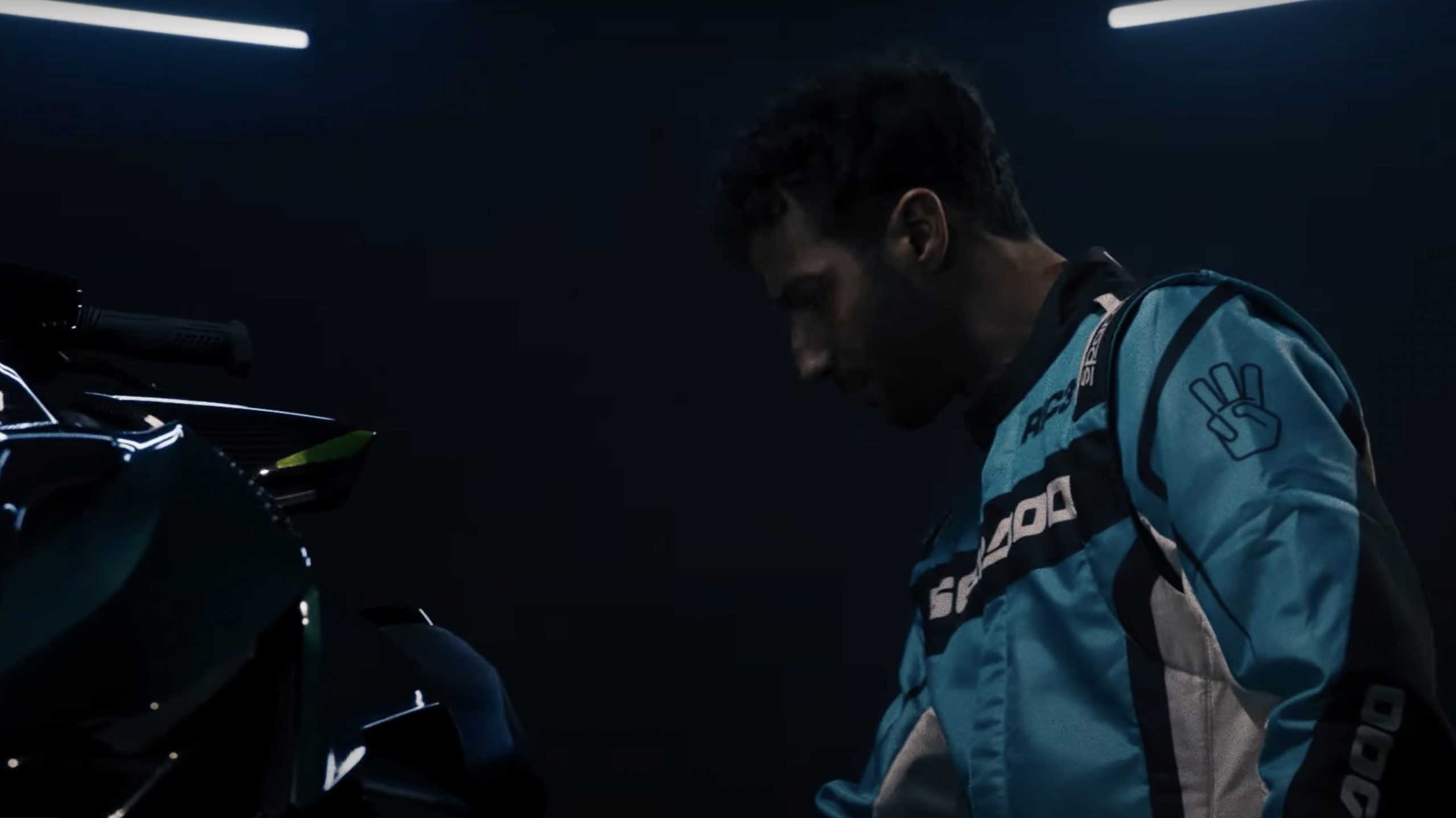 Sea-Doo teased the audience with the following message that accompanied the video:

“We’ve partnered with F1 driver Daniel Ricciardo to bring a fresh Sea-Doo perspective on the world of high-performance watercraft.

“Bold, unique, with an attitude that commands the water – just like the people who squeeze the throttle.

“We couldn’t be more excited for what’s coming next! Stay tuned!” 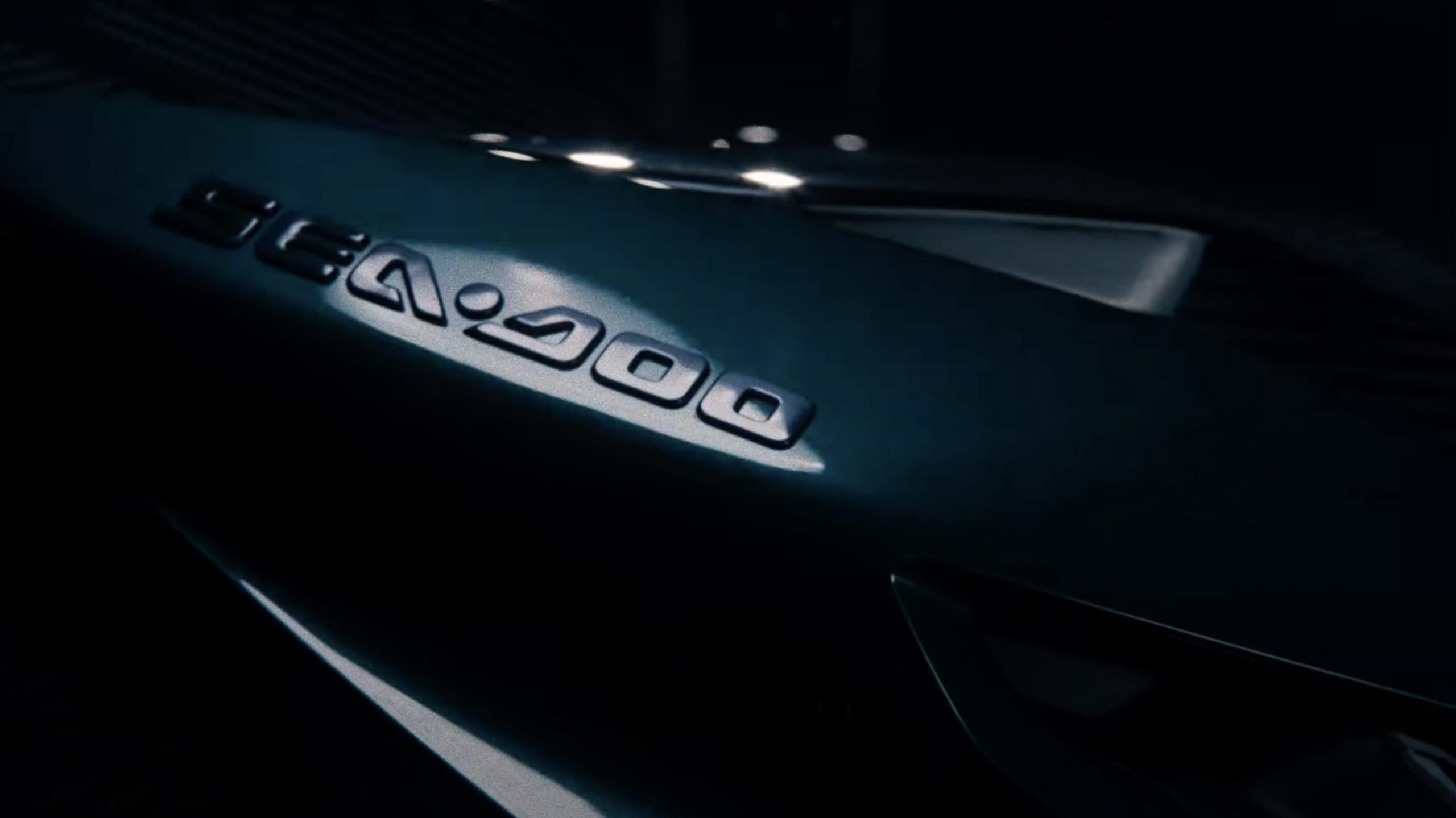 However, Sea-Doo ambassador and US watercraft racer Anthony Radetic provided some answers on a Facebook thread, which has since been deleted.

“This is the new RXP-X300 officially from Sea-Doo,” wrote Radetic in response to questions about the ski in the video. 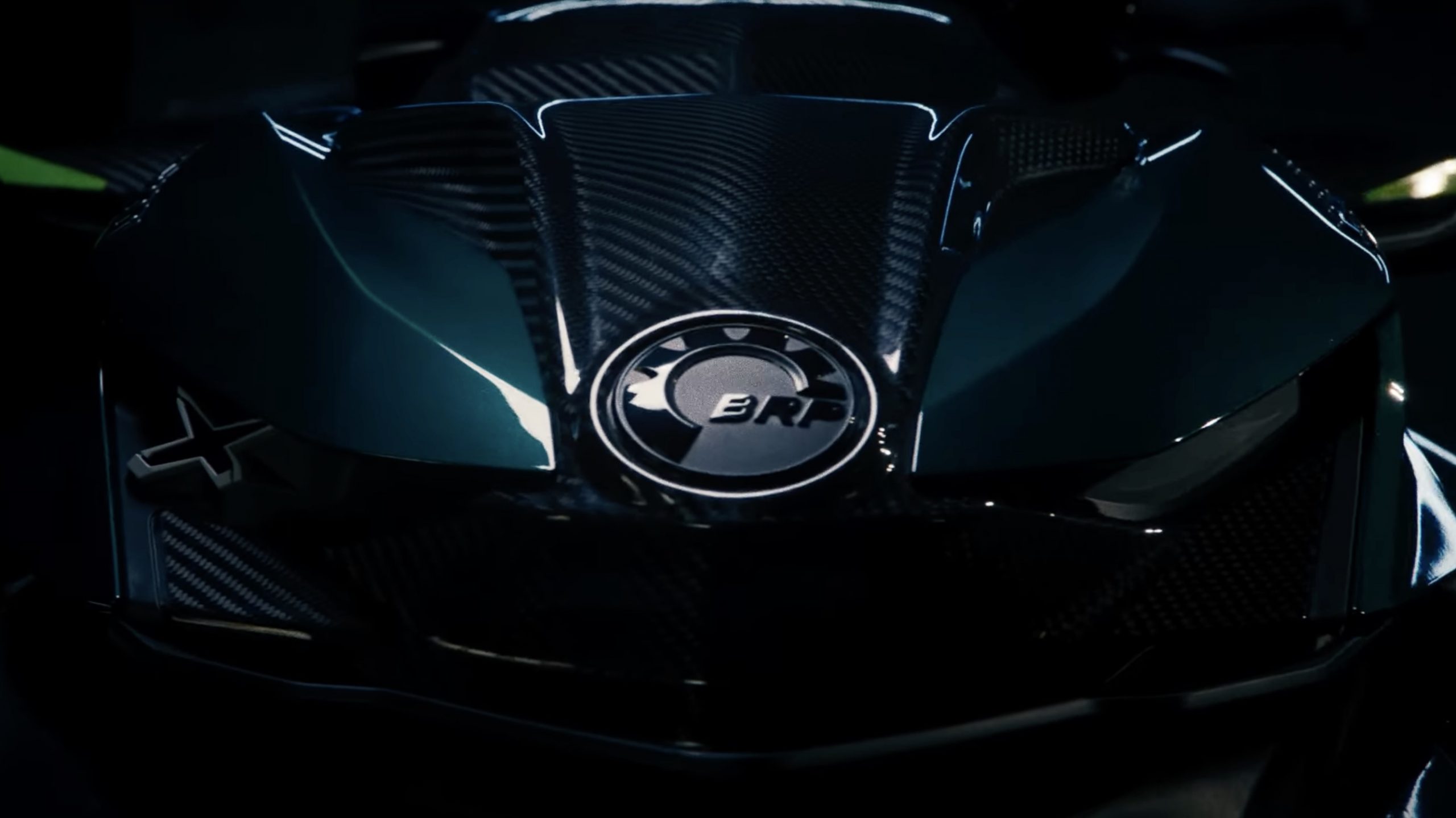 When asked if the carbon-fibre accents extended to the use of carbon fibre in the top deck or hull, Radetic replied: “Upgraded hood, steering, graphics and mats.”

We don’t yet know for sure if this is part of a running change for the 2023 Sea-Doo RXP-X300 – or a new top-end premium version to expand the RXP-X300 range. But industry insiders say it’s the real deal.

The Sea-Doo RXP-X300 in the video displayed decals that showed the same 300 horsepower output from today’s supercharged 1630cc three-cylinder engine. 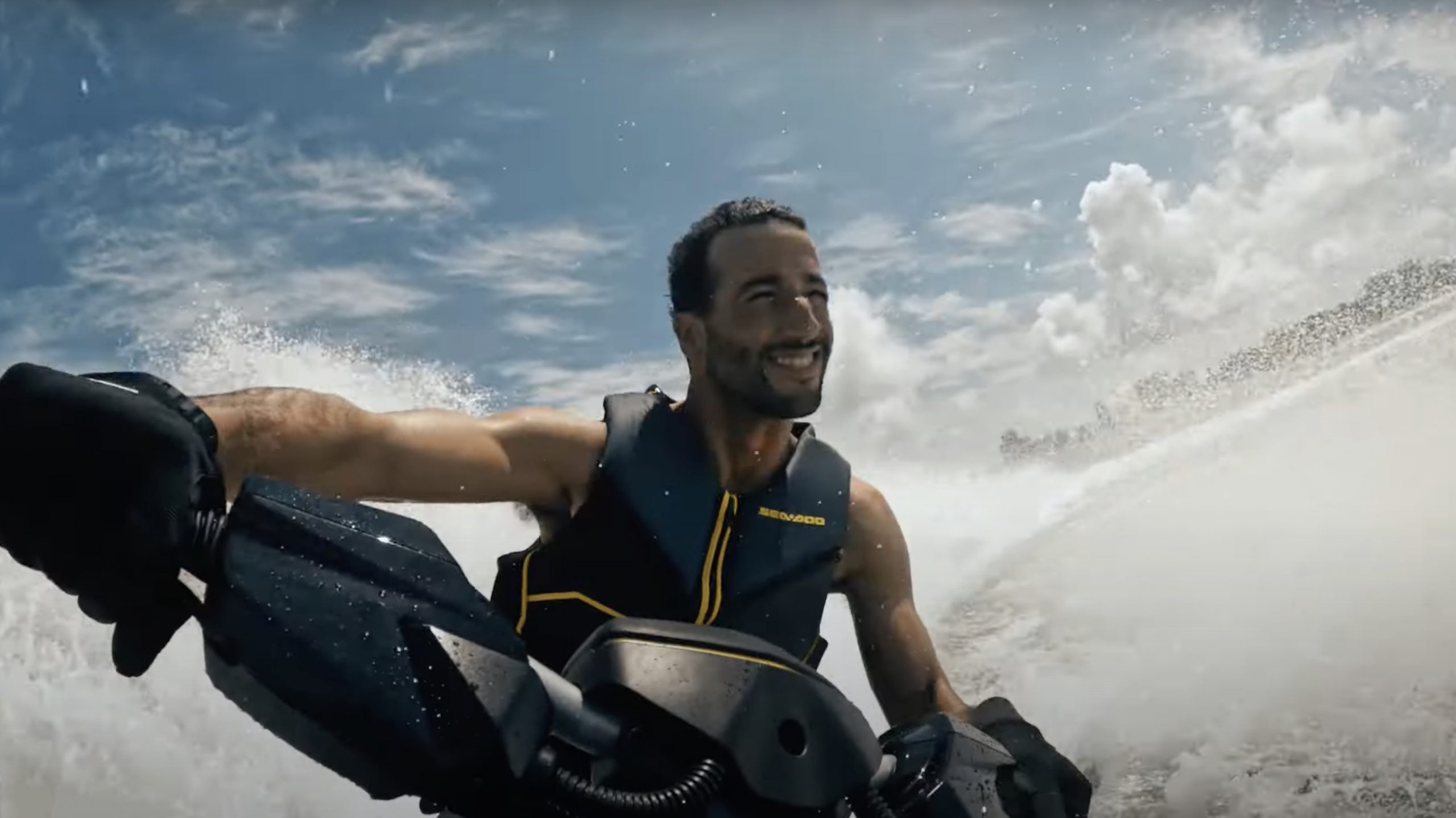 Although there was no power bump, Ricciardo got a better deal than fellow F1 driver Lewis Hamilton.

When Hamilton took part in a Sea-Doo promotional video five years ago – in 2017 – ahead of the Monaco F1 Grand Prix, he splashed around on a Spark Trixx, rather than a top-end high-performance ski.

A beaming Ricciardo – wearing his trademark grin – says at the end of the Sea-Doo RXP-X300 video: “This thing is soooo good.” 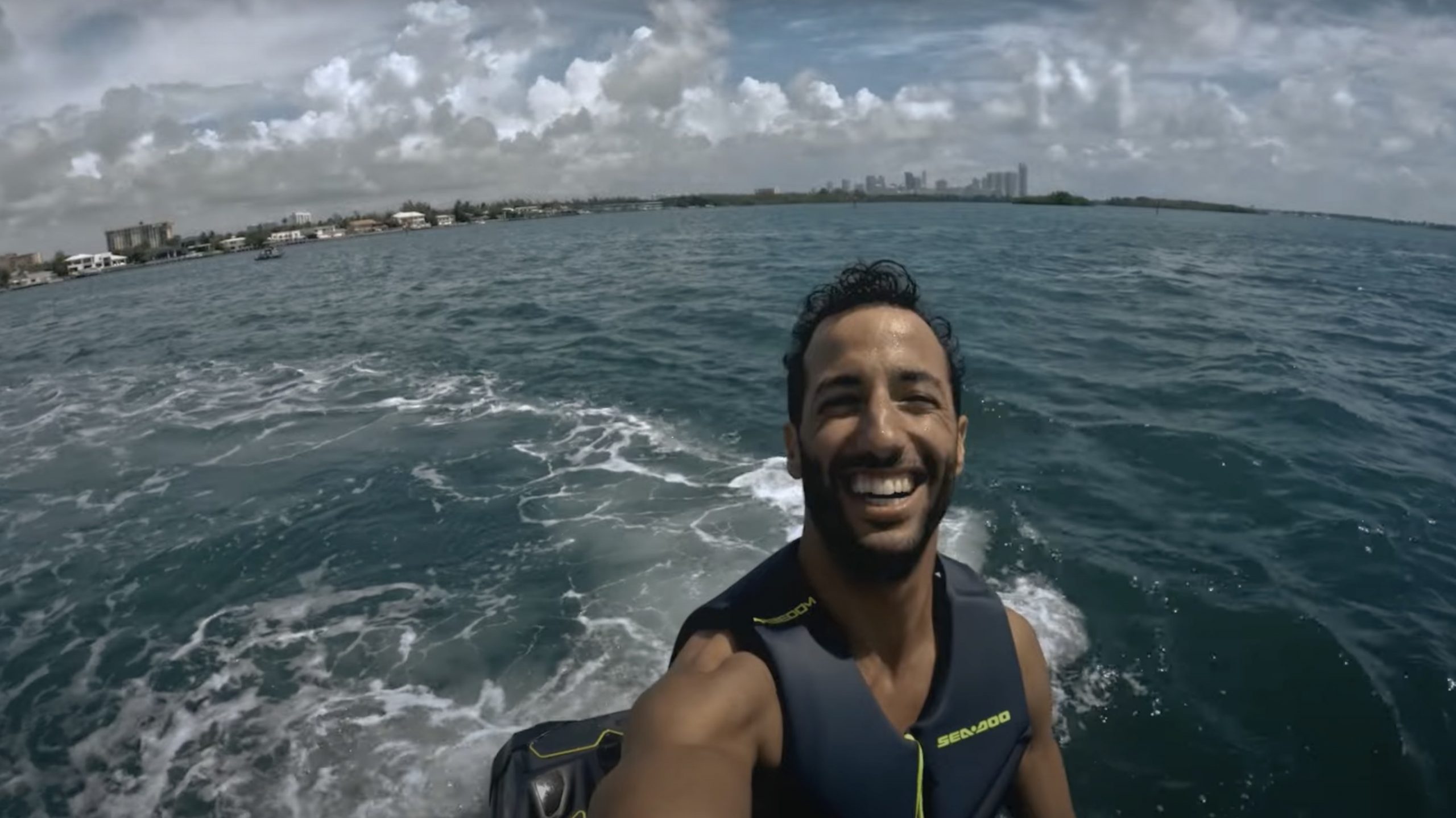 Ricciardo seemed to be a natural on the ski, Sea-Doo just needs to supply him with a decent pair of goggles. 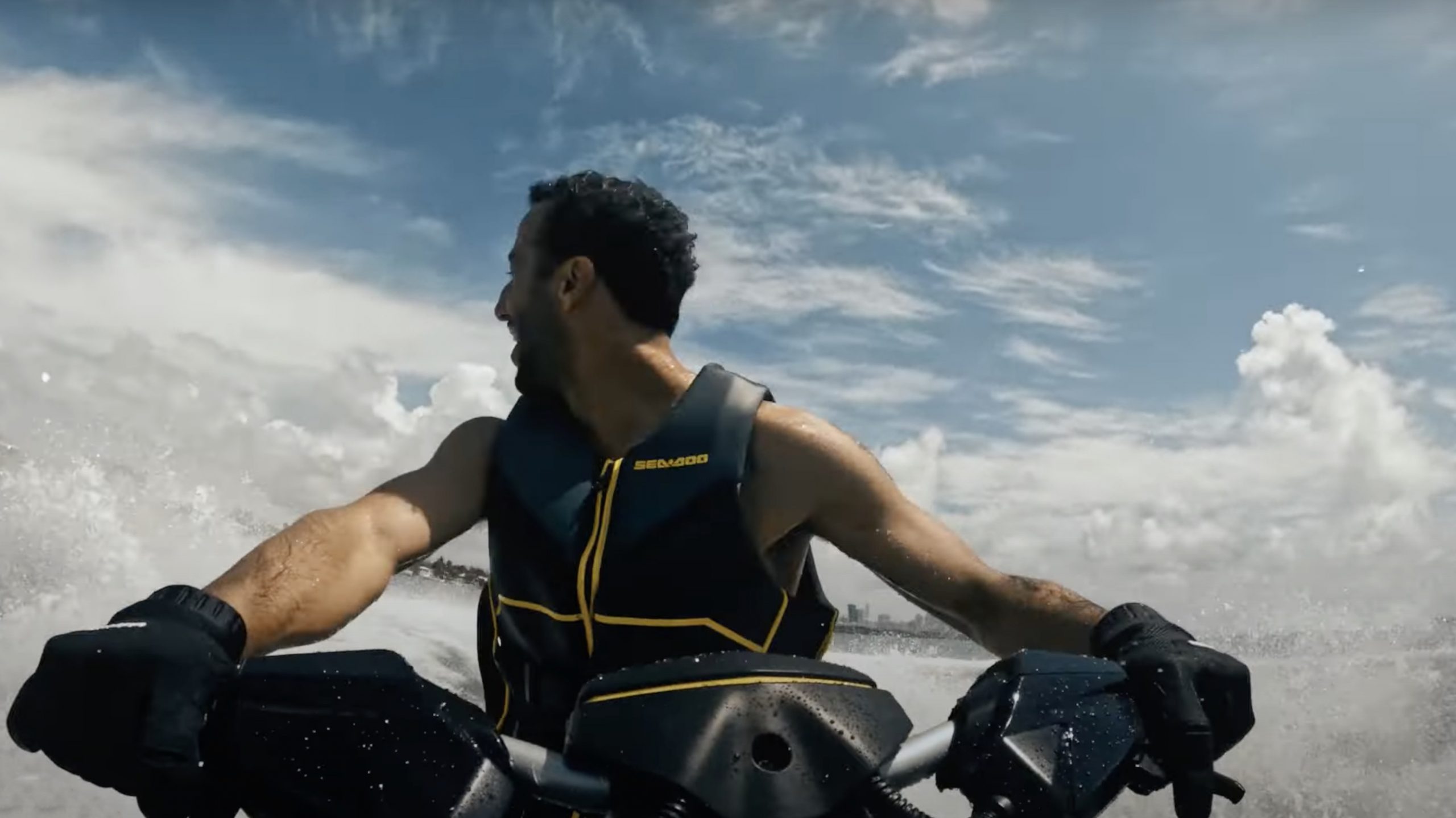 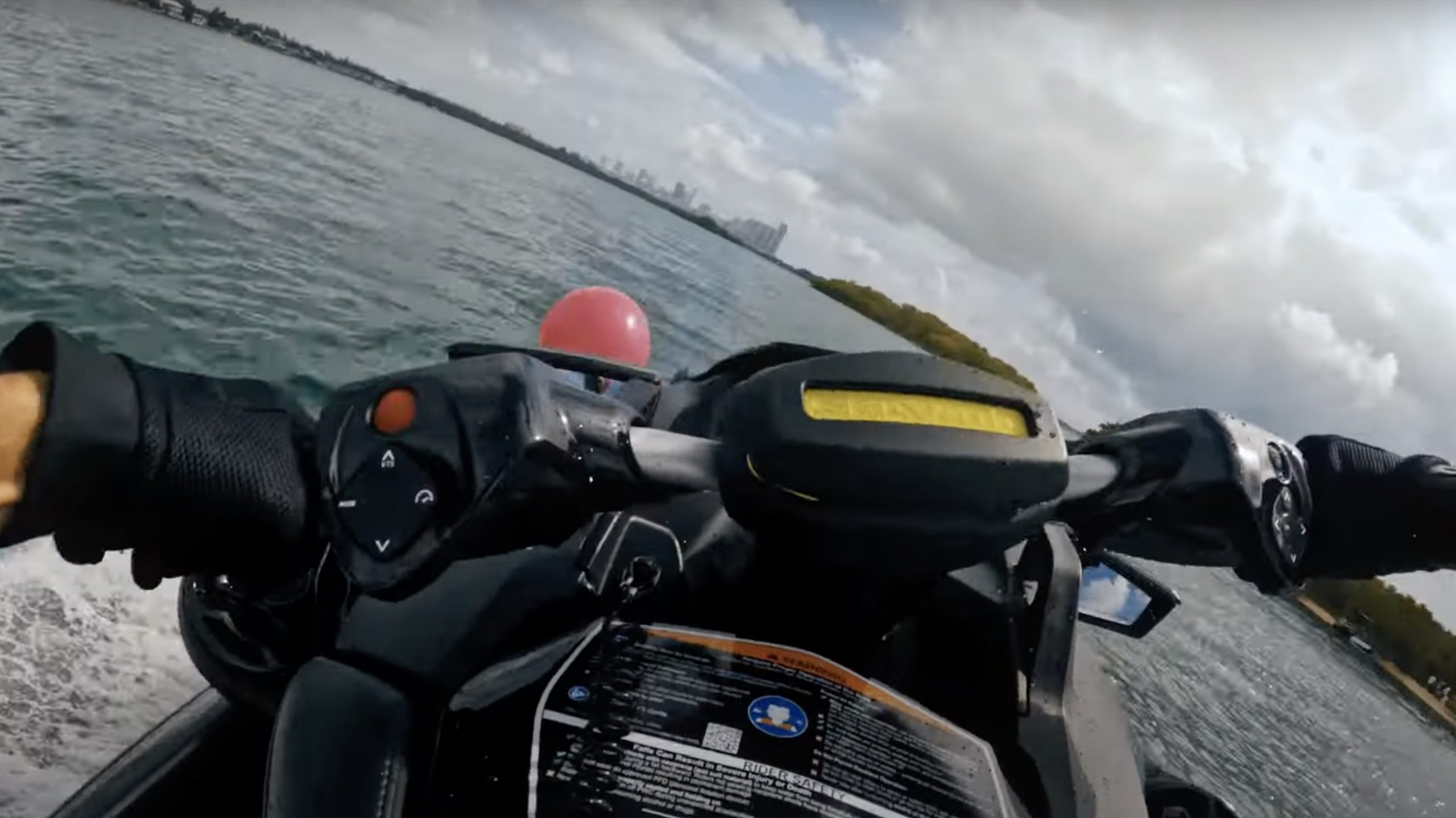 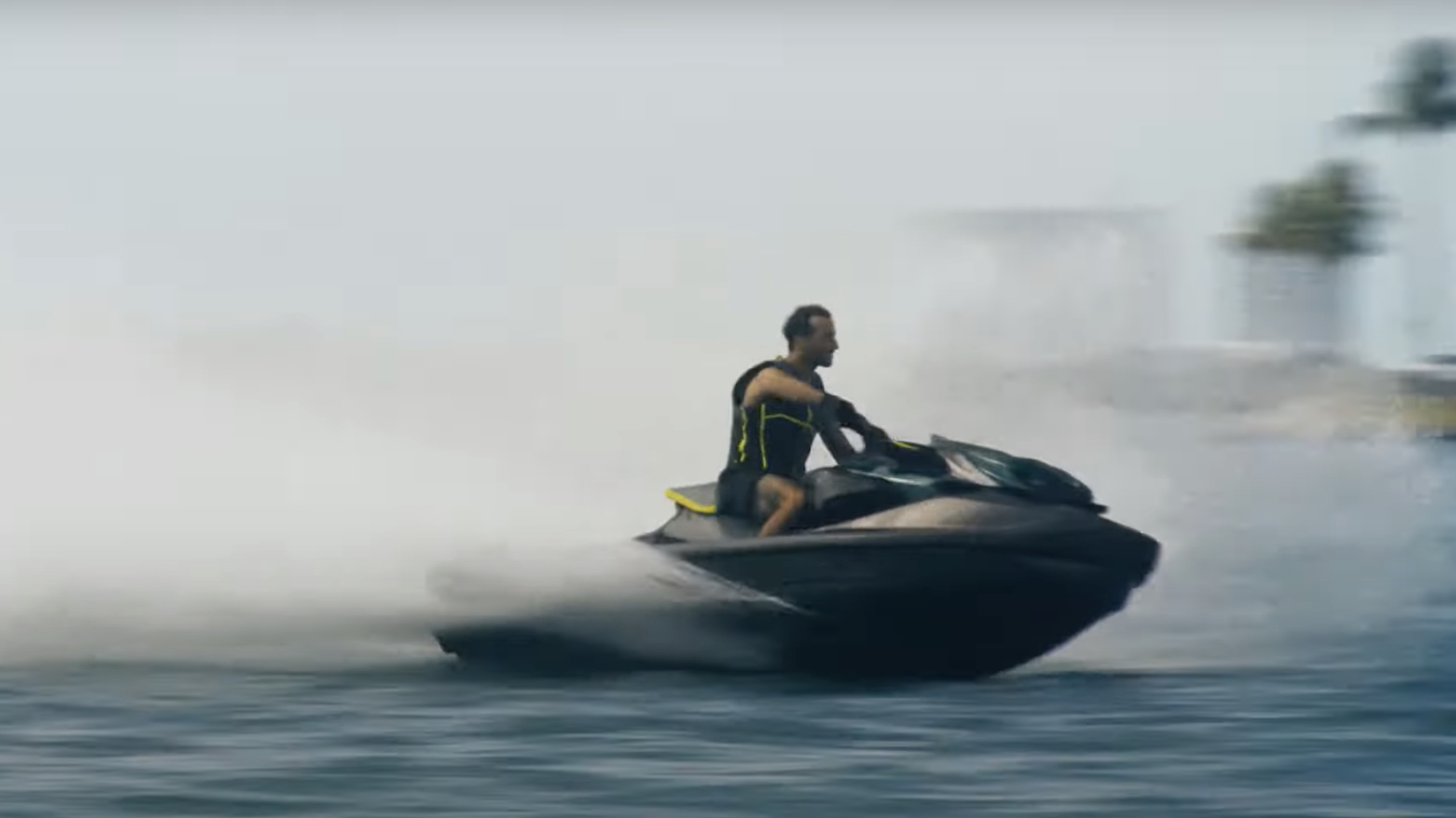 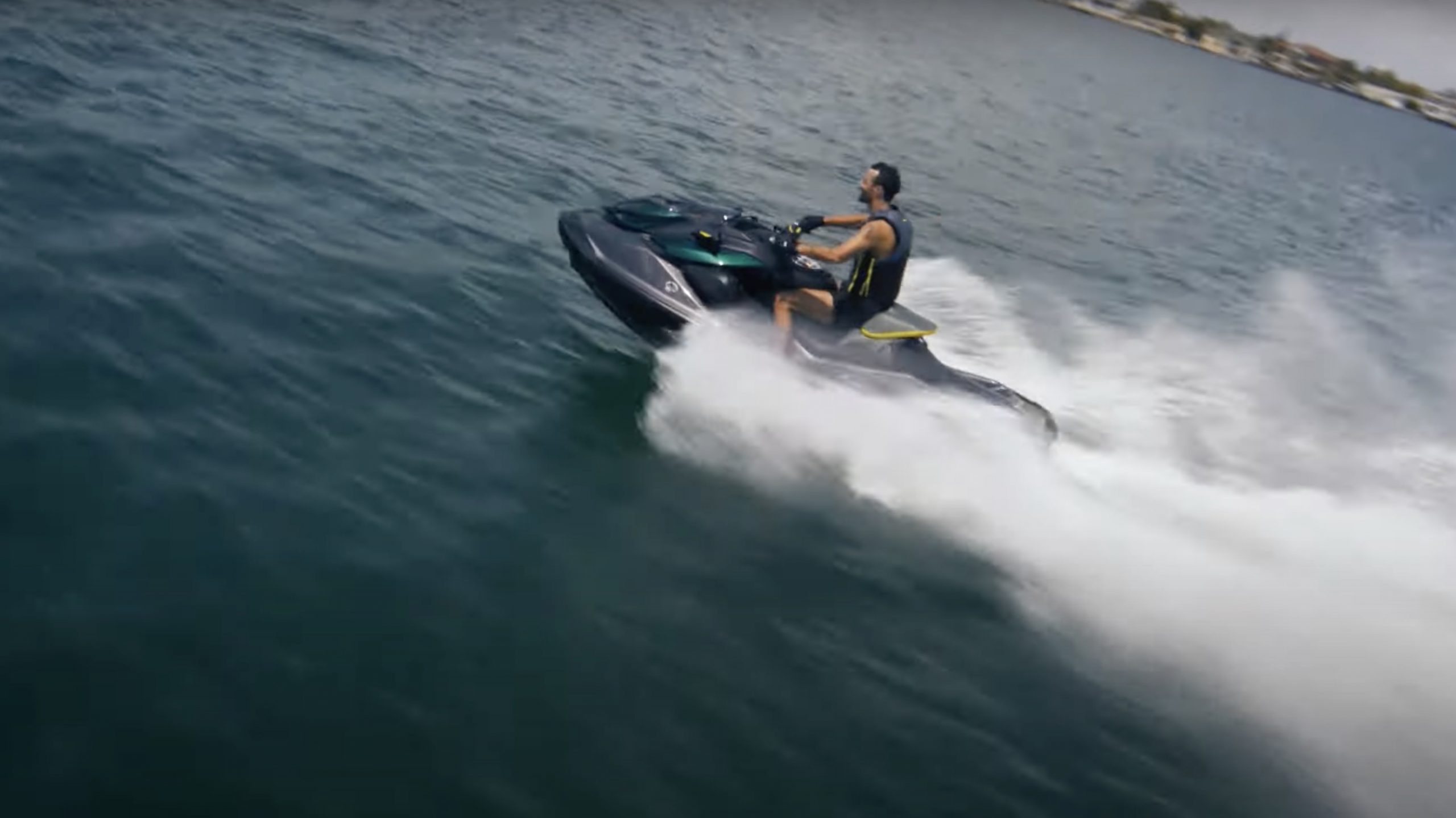